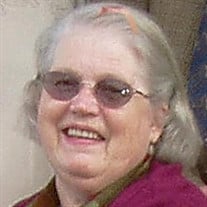 Rye Harbor - Patricia Brown Macdonald died peacefully at her home on Rye Harbor on June 2, 2020. Born Sydney Diane Daffan in Fredericksburg, Virginia, on May 20, 1935, at age four she was adopted by T. Beatty and Ruth Wise Brown and grew up on their 500-acre Upperville, Virginia farm. She attended the Hill School and Hannah More Academy. After graduation she worked in Washington, D.C., including a stint at Car Life and Speed Age magazine. In 1956 she embarked on a grand tour of Europe, where she remembered seeing Soviet tanks abandoned in Vienna. After her travels she settled in Stamford, Connecticut, and in 1958 married James L. Macdonald. Pat and Jim raised their family in Rowayton, Connecticut. Pat was active with the Girl Scouts, the United Church, and the Rowayton Gardeners. She was a board member of the Norwalk Youth Symphony, and she and her husband compiled a history of the orchestra to mark its 25th anniversary. An enthusiastic tennis and paddle tennis player, Pat at age 35 was diagnosed with multiple sclerosis. She fought the disease to a draw for half a century and organized a team of Pat’s Pals to participate in MS walks. The MS Society of Connecticut honored her for her fundraising. During the 1970’s Pat was surprised by a phone call from the late James Fitzhugh Daffan, the older of two birth brothers who had gone to an orphanage when she was adopted. She was delighted to get acquainted with her birth family – two brothers, their spouses and numerous nieces and nephews. In 1996 she and her husband moved to Rye, New Hampshire. In retirement they enjoyed travels to Sweden, Denmark and Iceland. Pat never tired of life at Rye Harbor, enlivened by surf, boats, gulls, rabbits and the occasional snowy owl. In addition to her husband, Pat is survived by a brother, Hugh W. Daffin; two daughters, Clare Macdonald (Sebastian Hammer) and Virginia Macdonald; and four grandchildren: Rebecca Schneider, Julie Schneider, Dylan Hammer and Jamie Hammer. A virtual memorial service will be held on Wednesday, June 10. 2020. For invitations please contact [email protected] Donations in Pat’s memory may be made to the National Multiple Sclerosis Society Assistance with the arrangements was by the Remick & Gendron Funeral Home-Crematory, Hampton.

Rye Harbor - Patricia Brown Macdonald died peacefully at her home on Rye Harbor on June 2, 2020. Born Sydney Diane Daffan in Fredericksburg, Virginia, on May 20, 1935, at age four she was adopted by T. Beatty and Ruth Wise Brown and grew up... View Obituary & Service Information

The family of Patricia B. Macdonald created this Life Tributes page to make it easy to share your memories.

Send flowers to the Macdonald family.