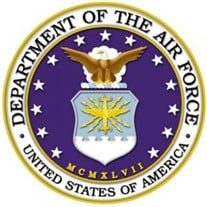 Hampton - A true New Englander born in Dartmouth, MA on May 3, 1938. Barry, a resident of Hampton, passed on September 16, 2017 after a courageous battle with injuries suffered long ago in service of his country. Barry completed a Master's degree in Boston and had accepted a job on Wall Street when he was drafted. He chose instead to enlist in the Air Force and attend Officers Training School in Texas, Intelligence school in Colorado and Vietnamese language school in Washington DC. He was not surprised to end up in Pleiku, Vietnam near the Cambodian border. Having a private pilots’ license he flew low level reconnaissance missions, interrogated prisoners and was honored to become a tribesman of the local Montagnard's and observe their traditional customs. His Vietnamese language skills allowed him to travel off the compound to teach English to Vietnamese nuns. Barry was lucky to survive one of the first major offensive attacks by the Vietcong when his compound was raided. Barry left Vietnam for Enid, Oklahoma to enter Air Force pilot training. He became a test pilot for the Air Force, flew F-135's and refueled F4's. Barry returned several times to Vietnam for 3 to 6 month tdy's. Realizing the enormous risk of continued active duty he left the military, but remained in the reserves. He retired as a Colonel after 30 years of service to his country. His civilian career was with the Federal Aviation Administration where he rose to Deputy Director of Systems Safety, Nationwide. His passion for aviation saw him fly Air Force One to keep his airman currency. When he left government service he took on the role of VP of Operations for the new Pan Am Airlines where he finally retired. He leaves his wife, Barbara, of 52 years and his large family including Mark and Juliette Bermingham, Paige Witham and her husband Jonathan, John Bermingham and his wife Mary, Jordan Bermingham and his wife Margaret as well as 8 adored grandchildren, Connor, Jared, Riley, Rebecca, Eli, Joseph, Travis and Finnegan. Barry also leaves two brothers, Jack and Mark, and a sister, Ann. A celebration of his life will be held at the Hampton Meadows Clubhouse, 154 Hampton Meadows, Hampton on Saturday, October 14, 2017 from 2:00 to 4:00 pm. A mass of Christian burial will be celebrated on Wednesday, January 10, 2018 at 12:45 PM in the Old Fort Meyer Chapel at the Arlington National Cemetery, Arlington, VA followed by interment with full military honors.

Hampton - A true New Englander born in Dartmouth, MA on May 3, 1938. Barry, a resident of Hampton, passed on September 16, 2017 after a courageous battle with injuries suffered long ago in service of his country. Barry completed a Master's... View Obituary & Service Information

The family of Paul Barry Bermingham created this Life Tributes page to make it easy to share your memories.

Hampton - A true New Englander born in Dartmouth, MA on May 3,...

Send flowers to the Bermingham family.