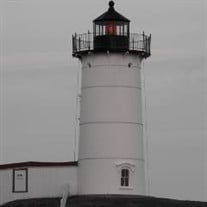 East Kingston – Paul N. Damon, 85, of East Kingston, formerly of North Swanzey, NH passed away Monday, November 12, 2018 after a period of failing health. He was born in Boston, MA on December 22, 1932 a son of the late Charles F and Katherine (Mitchell) Damon. Residing in North Swanzey most of his life he graduated from Gardner High School with the Class of 1951. He went on to serve during the Korean War and after his service graduated from Michigan State with a degree in Business Administration. Before retiring, he was employed by American Optical Company and later Whitney Blake Company as a cost accountant. He was a member of the Keene Elks Lodge 927 for 50 years during which he served as Treasurer. Paul shared 56 years of marriage with his wife Ellen (Wentworth) Damon of East Kingston. He will be remembered by his children, Barbara Bouchard and husband Paul and their children, Lauren and Paige, David Damon and husband Lester Eastman, Susan Busnel and her children, Mitchel, David and Amelia, Melissa Hughes and husband Steve and their child Sophia; brothers, William Damon and his wife Patricia, Daniel Damon, Mark Damon and wife Lisa; sister Diane Dileo and husband Julio and many nieces and nephews. In addition to his parents, he was predeceased by his brothers, Francis and Charles and sisters, Donna Wright and Denise Lentz. Visiting hour will be held from 3 to 5 PM on Saturday, November 17, 2018 in the Remick & Gendron Funeral Home-Crematory, 811 Lafayette Road, Hampton. A memorial service to celebrate Paul’s life will immediately follow at 5 PM in the funeral home. Relatives and friends are respectfully invited. In lieu of flowers, donations may be made to the American Heart Association , PO Box 417005, Boston, MA 02241-7005.

The family of Paul N. Damon created this Life Tributes page to make it easy to share your memories.

Send flowers to the Damon family.