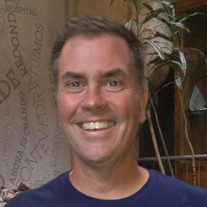 New Castle – Paul Andrew Lynn, 56, of New Castle, passed away unexpectedly at his home on Tuesday, March 8, 2022. He was born in New Brunswick, NJ on August 4, 1965, a son of the late Edward J. and Rose P. (McGuire) Lynn. Paul shared over 30 years of marriage with his beloved wife, Sara (McMaken) Lynn. Paul was raised mostly in Metuchen, NJ, with the family relocating to Fairfield, CT when he was in high school. He graduated from Fairfield Preparatory School in 1983 and went on to earn his Bachelor’s Degree in Accounting in 1987 from Villanova University. Paul and Sara were married in 1990 and settled in the Philadelphia area. He received his Master’s Degree in Business Administration from Drexel University in 1993. He and Sara settled in Wyomissing, PA and later Pottstown, PA to raise their family. After his career as an accountant, Paul was a self-employed private investor for many years before semi-retiring and moving to Rye in 2010 and New Castle in 2011. Paul was an adventurer, whose love of travel, good food, and culture took him all over the world. He took his family to Europe, Egypt, and on cycling trips through many of our National Parks. Later in life, he completed two solo hikes of the Camino de Santiago, both the traditional Spanish Route and the Portuguese Route later on. For his 50th birthday, he hiked the Via Francigena from Pamplona to Rome, joined by different friends and Sara along the way. Throughout his travels, he made friends wherever he went, drawn in by his good nature and wit. Paul also loved attending live sporting events, whether taking his son Brian on a “Ribs n’ Royals” journey to Kansas City, or traveling to New York Giants football games with his friends Jimmy and Brett. Paul was a caring father to his children, always there to coach his son’s Little League team or to take his daughter on a fishing trip. He encouraged them to be bold, adventurous, and to try anything once. He will always be chairman of the Lynn Family Hiking Club, encouraging his family up the mountain with “there’s ice cream at the top!” After moving to the Seacoast, Paul became an avid fisherman, bringing home fresh redfish and haddock for his family. He always shared his catch with friends. He was a regular walker and joined Sara in cycling along the Seacoast, often getting up early to enjoy the beautiful ocean sunrises. In addition to Sara, Paul is survived by his son, Brian Lynn of Houston, TX and his daughter, Rachel Lynn of Santa Fe, NM. He is survived by 9 siblings, Anne (Michael) Rahill, Ted (Barbara) Lynn, Jim (Gwen) Lynn, Jean (David) Lynn Gearin, Tom (Joanne) Lynn, John Lynn, Bob (Denise) Lynn, Mary Lynn Hickey, Patty (Al) Saclyn, his brother-in-law, Paul Thornton and many nieces and nephews. Paul was predeceased by his parents and his sister, Kathy Thornton. Visiting hours will be from 10:30 am to 12:30 pm on Monday, March 14, 2022 in the Remick & Gendron Funeral Home – Crematory, 811 Lafayette Road, Hampton. A Mass of Christian Burial will be celebrated at 1 pm following the visitation at the Saint Theresa Parish Church, 815 Central Road, Rye Beach, NH. The Mass will be live streamed at https://www.sainttheresachurchrye.org/live-streaming. In Paul’s memory, contributions may be directed to the Brian Joseph Bentz Memorial Scholarship Fund at the University of Dayton To donate, go to https://udayton.edu/advancement/give/index.php.

The family of Paul A. Lynn created this Life Tributes page to make it easy to share your memories.