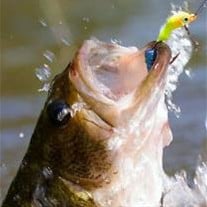 Seabrook – Paul F. Smolak, 68, of Seabrook, passed away unexpectedly, Sunday, April 3, 2016 at Beverly Hospital, Beverly, Mass., after a period of failing health, with his family by his side. Paul was born February 25, 1948 in Ipswich, Mass., a son of the late Frank and Helen (Koziol) Smolak. He was raised in Ipswich and graduated with the Class of 1966. He attended trade school in Lynn, Mass., and then went to GTE Sylvania in Salem, Mass., where he worked as a machinist, retiring in the early 1990’s with over 20 years of service. Paul moved his family to Seabrook in 1973. After his retirement he had time to do all the things he enjoyed. He loved hunting, fishing, boats and boating. He was a loyal Patriots fan and loved his Cadillac’s. He was a lifetime member of the North American Hunting Club. Paul had many friends in Ipswich, which he always considered his second home. He was a member of the Kosciuszko Club, St. Lawrence Literary Society to name a few and loved nothing more than sitting with the guys telling hunting and fishing stories. Paul is survived by his loving wife of 48 years, Linda J. (Smith) Smolak, his daughter, Lisa A. Martin and her husband David of Newton, his son, Paul R. Smolak of Seabrook, his grandchildren, Kelsey and Jeremy Martin of Newton, , his brothers, Michael Smolak and Richard and his wife Lynn all of Ipswich, Mass., his favorite niece, Marcia Camuso and husband Scott of Londonderry and his favorite nephew, Michael Smolak of Haverhill, Mass, cousins, aunts and uncles. Services were private. Arrangements were by the Remick & Gendron Funeral Home-Crematory, Hampton.

Seabrook &#8211; Paul F. Smolak, 68, of Seabrook, passed away unexpectedly, Sunday, April 3, 2016 at Beverly Hospital, Beverly, Mass., after a period of failing health, with his family by his side. Paul was born February 25, 1948 in Ipswich,... View Obituary & Service Information

The family of Paul F. Smolak created this Life Tributes page to make it easy to share your memories.

Send flowers to the Smolak family.