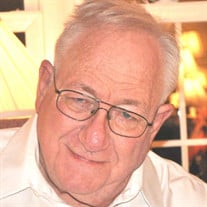 Hampton, NH – Peter J. Forte, 81, of Hampton, and formerly of Cape Ann, MA died Saturday, March 6, 2021, at Exeter Hospital after a lengthy illness. He was born in White Plains, NY on July 18, 1939, son of the late Patrick and Elizabeth (McGrath) Forte. Raised in White Plains, NY, he graduated from Archbishop Stepinac High School, received his Associate Degree from Westchester Community College,then continued his studies through New York University. He earned his Professional Engineer license in 1988. As a mechanical engineer, he initially worked with Syska Hennessy Group in Manhattan, then transferred to their Cambridge, MA office. He was involved with numerous projects including Boston’s Westin Hotel, Boston’s Museum of Fine Arts, and the National Gallery of Art in Washington, D.C. He then spent 25 years as Senior Engineering Consultant for the Roman Catholic Archdiocese of Boston, supervising the maintenance and renovation of approximately 100 parishes and buildings owned by the diocese. He retired in 2010. Peter’s faith was a cornerstone in his life. He served as a Brother with the Maryknoll Fathers and Brothers in Ossining, NY in the 1960s. He was a communicant of the Holy Family Parish at Saint Ann Church in Gloucester, MA where he taught CCD classes for many years. Peter believed deeply in giving back. He was always proud to have been one of New York State’s first Emergency Medical Technicians and was instrumental in founding Yonkers’ first volunteer ambulance corps. In addition to helping raise funding for a station and two ambulances to service the city at no charge, he was part of a team that voluntarily manned the ambulance for years. He also served in the Air National Guard. Peter will always be remembered for the kind, gentle and humble man he was. His quiet reflective way and dry sense of humor were his hallmarks. He adored time with his family and loved fishing. If he could have spent retirement in a Chris-Craft boat fishing on Crowe Lake in Ontario, a fixture of his early life, he would gladly have done so. Peter shared 52 years of marriage with his wife Barbara. In addition to his wife, he leaves his son Christopher Forte, his daughter Suzanne Forte Henderson and her son Peter of Tyngsboro, MA, his son John Forte and his family, his sister Rosemarie Costello and her husband Francis, his brother Joseph Forte and his wife Shirley, and many nieces, nephews and extended family both here and in Canada. A Mass of Christian Burial will be celebrated on Friday, June 18 at 10 AM. at Holy Family Parish, Saint Ann Church, 74 Pleasant Street, Gloucester, MA. Burial will be in Calvary Cemetery in Gloucester following the Mass. In lieu of traditional remembrances, donations may be made to the Maryknoll Fathers and Brothers PO Box 302 Maryknoll, NY 10545 or Holy Family Parish. Assistance with the arrangements was by the Remick & Gendron Funeral Home-Crematory, Hampton.

The family of Peter J. Forte created this Life Tributes page to make it easy to share your memories.

Send flowers to the Forte family.