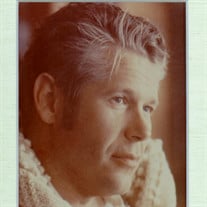 Hampton Falls – Peter Edward Jensen, 85, of Hampton Falls, died peacefully on Saturday, March 19, 2016 at Edgewood Centre in Portsmouth. He was born July 25, 1930 in Salem, MA a son of the late Peter and Emma R. (Houlsen) Jensen. Raised in Marblehead, MA he graduated from Marblehead High School in 1948 and Northeastern University (Cum Laude) in 1953. He went on to enlisted in the United States Army and proudly served two years before returning home and again attending Northeastern University, graduating with an MBA in 1963. He subsequently attained his Juris Doctor degree from Suffolk Law in 1970. Mr. Jensen worked for Sylvania as a plant accountant from 1956-1960, before joining Raytheon in 1960. While at Raytheon, he initially managed various departments and later worked as controller for their Missile System Division before being named facilities and commercial support manager. In 1970 Peter served as corporate controller for Transitron Electric Corporation, leaving in 1971 to work for the NYSE Corporation as their group controller until 1972, when he left to start his own law firm, Peter E Jensen, Attorney at Law. Until his retirement; Peter built a successful law firm for thirty-four years which became home to many attorneys and paralegals at its peak; with offices in Newburyport, MA, Hampton Falls, Portsmouth and Raymond. Peter was a member of NE University Yacht Club, Boston Yacht Club, Ocean Reef Yacht Club, Blue Water Sailing Club, Ocean Reef Club, Philanthropic Lodge F. & A. M. in Marblehead, MA, Rolls Royce Club, Jensen Owners Club, American Legion Post 35 of Hampton, the Antique Truck Club of America, the Massachusetts Bar Association, New Hampshire Bar Association, Association of Trial Lawyers of America and the Greater Newburyport Chamber of Commerce and Industry. He loved being a lawyer and took great pride in being a mentor and good boss, always leading by example and taking pride in others’ achievements. Peter was deeply interested in providing educational opportunities for his employees and over the years he magnanimously funded advanced degrees for many of his employees. Peter was an animal lover who enjoyed skiing, collecting cars and traveling the world. He was also an avid sailor who treasured spending time on the water in his sail boat, Blue Heaven. He was very enthusiastic about sharing his passion for sailing. A generous and gracious captain, he encouraged family and friends to try their hand at the helm on numerous trips to the Isle of Shoals, Nantucket, and many other ports of call. Peter loved his family and was so proud of all of them. Family members include his wife Jane (Vigeant) Jensen of Hampton Falls; daughter Kirsten Higashikawa and her husband Mike of Inverness, IL; sons, Christian Jensen and his fiancée Lucie Lavickova of Raymond, Matthew Palis and his wife Molly of Colorado Springs, CO and grandchildren, Alexander Lewis and Priscilla Palis. In addition to his parents, he was predeceased by his daughter Barbara Lewis and brother Carl L. Jensen. The family wishes to thank the caregivers and staff of the Edgewood Centre and Brookhaven Hospice for their kindness, care and support. Visiting hours will be from 2-4 PM, Friday, April 1, 2016 at the Remick & Gendron Funeral Home-Crematory, 811 Lafayette Road, Hampton. A memorial service will immediately follow at 4 PM in the funeral home. Relatives and friends are respectfully invited. Burial will be private. In lieu of flowers, the family suggests donations to The Michael J. Fox Foundation for Parkinson’s Research, Grand Central Station, PO Box 4777, New York, NY 10163.

The family of Peter Edward Jensen created this Life Tributes page to make it easy to share your memories.

Send flowers to the Jensen family.