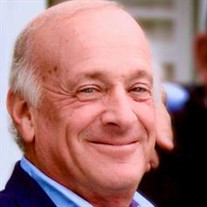 Peter G. Kasnet, 70, of Rye Beach, New Hampshire, died suddenly at his home on Saturday, December 26, 2020. Born in Boston, Massachusetts, on December 19, 1950,the son of the late Norman L. Kasnet and the late Lillian (Garfield) Kasnet, Peter was raised in Marblehead. He graduated from Marblehead High School in 1969 and went on to attend the University of New Hampshire where he studied engineering. In 1972, Peter established his company, Peter G. Kasnet Builders, Inc. Peter was an award-winning New Hampshire seacoast builder, specializing in building high-end custom homes throughout the seacoast area. Peter managed his company on a daily basis and was best known for his knowledge in all phases of construction,including carpentry, structural engineering, plumbing, and electrical work. There was rarely a discipline in which Peter lacked expertise. As expressed by one of his friends,who was also a client, “Peter was not only a master of his craft but an inspiring friend,mentor, and partner to all of us fortunate enough to have worked with him.” His work includes landmarks across the seacoast of some of the most uniquely beautiful homes ever built. Of his many wonderful contributions, those standing works are his enduring legacy and a reflection of his talent, passion, and creativity. In his younger years, one would find Peter sailing out of Marblehead Harbor participating in many boat races. He was an experienced captain who piloted sailboats down the East Coast and to and around the Caribbean Islands. Peter came to adopt Rye Harbor as his home port in New Hampshire. That is where he and Deirdre would sail their boat Impressionist during the summer season. As the seasons changed and winter arrived, Peter headed to the North Country to spend weekends in Jackson, New Hampshire. He loved skiing the White Mountains followed by evening gatherings with family and friends. Peter’s passing has come too quickly and too soon. A friend and colleague wrote, “We all feel a great sense of loss but, at the same time, lucky to have worked with such a gentleman and consummate professional. Both of these qualities are rare to find in this world.” In 2006 Peter was elected to the Sewer Commission in Rye where he served as Commissioner until the time of his passing. Peter is survived by his beloved Deirdre Jane O’Leary of Rye Beach; his children Bradley G. Kasnet of Media, Pennsylvania, and Lauren M. Kasnet of Lexington,Kentucky; their mother Pamela Keller Kasnet of Exeter; his brother Stephen G. Kasnet and wife Marie Louise (Missy) of Manchester-by-the-Sea, Massachusetts; his niece Hadley (Kasnet) Scully and husband John of Bedford, New York; his nephew Stephen A. Kasnet (Archie) and wife Sylvie of Gloucester, Massachusetts; and a great-niece,Charlotte Scully, and two great-nephews, Jack Scully and Bracen Kasnet. Interment will be private. A memorial service will be held at a future date when public health conditions allow for a traditional gathering. Arrangements are by the Remick & Gendron Funeral Home-Crematory, Hampton.

The family of Peter G. Kasnet created this Life Tributes page to make it easy to share your memories.

Send flowers to the Kasnet family.