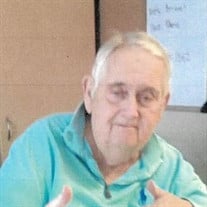 Hampton – Peter Lukas, 76, of Hampton, former longtime Portsmouth resident, restaurateur and businessman died August 6, 2018 at Port Healthcare Center in Newburyport, MA. He was born August 10, 1941 a son of the late John and Sophie (Geranis) Lukas. Peter was a remarkable athlete pitching for the 1954 Portsmouth Little League state championship team. He graduated from Portsmouth High School with the Class of 1959 and from Burdett College of Business in Boston in 1961. Peter owned and operated The Harbor Sandwich Shop, Lukas Another Restaurant, Bananas Bar and Grill all in Portsmouth as well as Lukas Greenhouse Restaurant & Function Hall in Hampton Falls. He also excelled in commercial real estate and his properties included The Maine Outlet Mall in Kittery, Hampton Shopping Center and some small commercial buildings. As an avid golfer he was a member of the Portsmouth Country Club. Peter was also involved with numerous charity and fund raising organizations. Family members include his son, John Lukas and his wife Dacia of South Portland, ME, nieces Sophia and Kiera of Washington state, close friends, Ed Beevers, Bill DeFlavio and Joe Maldini. In addition to his parents he was predeceased by his brother and sister in-law Connie Lukas and his wife Jeanie. Visiting hours will be from 3-5 P.M. Sunday, August 19, 2018 at the Remick & Gendron Funeral Home-Crematory, 811 Lafayette Road, Hampton. Friends are respectfully invited. Private burial will be in the Greek Orthodox Cemetery, Somersworth. In lieu of flowers, donations may be made to the Portsmouth Little League, P.O. Box 8321, Portsmouth, NH 03801.

The family of Peter Lukas created this Life Tributes page to make it easy to share your memories.

Send flowers to the Lukas family.