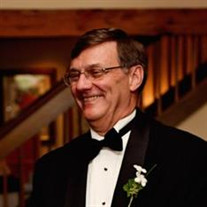 New Castle – Philip Theiler Finn, 65, of New Castle, passed away suddenly at his home on Tuesday, July 28, 2015. Philip was born August 19, 1949 in Hawthorne, NV, the first child of the late Cdr. Philip Patrick and Ann Jane (Theiler) Finn. As part of a Naval officer’s family, Phil made several early childhood moves, including an assignment in postwar Japan that Phil remembered fondly. His family settled in New Castle when he was in the third grade where he attended the local school. He graduated from Governor Dummer Academy of Byfield, MA in 1967 and earned his Bachelor’s Degree from Gettysburg College in 1971. After college, Phil headed to the Virgin Islands where he worked on a charter yacht and explored the possibility of opening a charter business. Upon returning home, he began to work in retail inventory management. Phil married the love of his life, Jane (Dalrymple) Finn, in 1974. The family moved slowly north as Phil changed jobs working for Montgomery Ward, Casual Corner and Bradlees. For the last 14 years, Phil worked as Senior Vice President, Inventory Management and Logistics, at Martignetti Companies of Norwood, MA. Through the years the family lived in Crofton, MD, Ridgewood, NJ, Simsbury, CT, Hingham, MA, and eventually New Castle, NH. There, he and Jane lovingly restored the historic Finn family home. Phil worked tirelessly inside and out to care for and improve their beloved home. As a young boy, Phil taught himself to sail in a Merrimack on the Piscataqua River. Throughout his life, Phil loved sailing and being on the water. He had an especially deep bond with the Piscataqua River and the Isles of Shoals. He loved nothing more than heading out to the Shoals, first with his father, mother, siblings, and friends, and later with his wife, sons, and eventually their families. Phil will be remembered as a fine and competent sailor who respected and appreciated the sea. He was a devoted and caring husband to Jane. Phil and Jane were partners in life, love, and raising their sons. He taught his sons how to be men by his shining example and tender devotion. He will be remembered for his quiet strength, gentle kindness, hard work, and an unbending sense of fairness and integrity. Philip Finn was an honorable man who will be missed greatly by those whose lives he touched. In addition to Jane, his beloved wife of 41 years, Philip is survived by two sons, Philip Dalrymple Finn and his wife, Katie of Sausalito, CA, and Richard Theiler Finn, his wife Adia, and their daughter Skylar of Marblehead, MA. He also leaves his sister, Ann Mayer and her husband Robert of Greenland; two brothers, John Finn and his wife Patrice of Gladstone, OR, and Michael Finn and his wife Terri of Stratham; as well as many nieces and nephews. May he rest in peace, and, as his father would say: Carry out your orders, lad. Visiting hours will be from 5 to 8 p.m. on Tuesday August 4, 2015 in the Remick & Gendron Funeral Home-Crematory, 811 Lafayette Road, Hampton. A Memorial Service will be held at 11 a.m. on Wednesday August 5, 2015 at St. John’s Episcopal Church, 101 Chapel St, Portsmouth. Donations in Phil’s memory may be made to Star Island Annual Fund, Morton-Benedict House, 30 Middle St., Portsmouth, NH 03801 or online at http://starisland.org/donating/.

The family of Philip T. Finn created this Life Tributes page to make it easy to share your memories.

Send flowers to the Finn family.