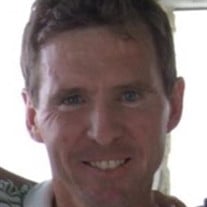 Rye Beach – Phillip A. “Phil” Patton, 57, of Rye Beach, passed away Saturday, May 15, 2021 at Portsmouth Regional Hospital after a lengthy struggle with Parkinson’s disease. He was surrounded by family and friends. Phil was born March 25, 1964 in Newfoundland, Canada to Robert and Patricia (Douglas) Patton. The Patton’s moved to Rye Beach, NH in the early 70s when Phil was seven years old. Phil attended Rye Elementary, Junior High and Portsmouth High School in the Class of 1982. He went on to major in business at the University of New Hampshire, where he graduated in 1986. After college Phil began a career in the electric supply industry with Gould Electronics. His performance presented him with several opportunities for advancement in a short timeframe. These opportunities took him to Chicago and then Seattle, WA, where he lived until his diagnosis with Parkinson’s disease in 1992. After his diagnosis with Parkinson’s, Phil moved back to where he grew up in the NH seacoast to be with his family and friends and furthered his career with Plastican in Leominster, MA. Throughout his life, Phil loved athletics and participated in and excelled at several team sports. In addition to team sports, Phil played golf and tennis at Abenaqui Country Club in Rye Beach, where he won numerous titles in both sports. Even after his diagnosis with Parkinson’s, Phil remained an avid golfer at Abenaqui Country Club, and despite the impacts of the Parkinson’s, he continued to score in the 80s. Phil loved Abenaqui and provided many memorable moments at the club during golf and tennis tournaments in both singles championships and doubles championships with his perennial tennis partner, Steve Bottomley. Phil shared the passion for golf with his Dad, Bob, for which they shared many, many hours together on the golf course. Phil, despite his physical limitations, had a zest for life and an unrelenting determination. He loved speed, action and pushing the limits illustrated perfectly by his ownership of a Harley, a Porsche, and several Jeeps. Additionally, he loved taking the helm on his buddy Matt’s boat and pushing her to the limits. His determination, competitive spirit, and laid back approach helped him attack his everyday challenges with Parkinson’s. He never complained or wanted any sympathy and just wanted all who loved him to treat him like regular ‘ole’ Phil. A true role model on how to deal with adversity. Phil was predeceased by his parents, Bob and Pattie and brother Greg. He was loved by all that knew him and he leaves behind many friends and his remaining family members, sister Karen Washburn and her husband Tom of Scituate, MA and their children Kaitlynn, Sydney and Lexi, and his brother, Sandy Patton of Alta, CA, and his children Michelle, Andrew and Natalie. A graveside service will be held at 11 A.M. Wednesday, June 2, 2021 at the Central Cemetery in Rye, NH. Relatives and friends are respectfully invited to attend the ceremony. In lieu of traditional remembrances, the family asks that donations be made to Donation Processing, The Michael J. Fox Foundation P.O. Box 5014, Hagerstown, MD 21741-5014.

The family of Phillip A. "Phil" Patton created this Life Tributes page to make it easy to share your memories.

Send flowers to the Patton family.