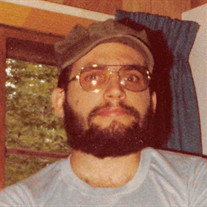 Berwick, ME – Robert E. “Bob” Moaratty, Jr., 63, of Berwick, died Tuesday, October 23, 2018 at Hyder Family Hospice House in Dover, NH after a battle with cancer. He was born in Exeter, NH August 29, 1955 a son of Robert E. and Nancy (Smith) Moaratty, Sr. of Hampton, NH. Bob was raised in Hampton, and attended Winnacunnet High School. He was employed as a painter in the construction field. In his earlier years he enjoyed hunting and fishing. Bob made his home in Berwick the past five years coming from Lebanon. In addition to his parents, he leaves his domestic partner Paula Molloy of Berwick, his son, Robert E. Moaratty, III and his wife Kathy of Milford, NH, his daughter, Jusye-Ann Phillips-Memolo, Fleming, Georgia, two grandchildren, Wyatt and Felicia Moaratty, four brothers, Michael, Jay, Jeffrey and Peter Moaratty, his partner’s children, Donna West, Laurie Rosado, Debra West, several nieces, nephews, aunts and uncles. The family would like to thank Wentworth-Douglass Hospital for their kind compassionate care offered to Bob. At Bob’s request private services will be held at the convenience of the family. In lieu of flowers donations may be made to Wentworth Douglass Hospital Cancer Center 789 Central Avenue, Dover, NH 03820. Arrangements are by the Remick & Gendron Funeral Home-Crematory, Hampton, NH.

The family of R E Moaratty, Jr. created this Life Tributes page to make it easy to share your memories.