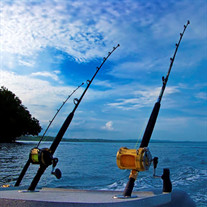 Rochester – Ralph D. Blatchford, 88, of Rochester and formerly of Hampton Falls, died Monday, June 27, 2016 at his son’s home in Exeter. Ralph was born in Exeter on July 13, 1927, the son of the late Ralph H. and Olive (Crosby) Blatchford. He was a veteran of WW II serving with the US Army. Mr. Blatchford was raised on Dearborn Avenue in Hampton and attended Hampton Academy. He shared 53 years of marriage with his wife the late Ruth (Dority) Blatchford who predeceased him in 2011. The couple settled in Hampton Falls in 1957 to raise their family. Ralph worked in construction as a heavy equipment operator for all his life. He started with the former Lafayette Construction in North Hampton, spent 22 years with the former R.J. Watkins of Amesbury, 24 years with Midway Excavators of South Hampton and more recently with Gove Construction of Portsmouth. Ralph was a hardworking, simple man who enjoyed spending time with his family. He will be deeply missed by his family and his many friends. He was a longtime member of the Hampton Falls Grange. Family members include his sons, Dale and Leisa Blatchford of Exeter, Robert Blatchford and his wife Susan of Barrington, his grandchildren, Alexis, Max, Lauren, Kristen Blatchford, Jenny Salvia and Adam Fallon, four great grandchildren, several nieces, nephews and best canine friend AJ. In addition to his wife, he was predeceased by his brother, Earl Blatchford, his sisters, Gertrude Mark and Ruth Sanborn. Visiting hours will be from 10 A.M. to 12 Noon Tuesday, July 5, 2016 in the Remick & Gendron Funeral Home – Crematory, 811 Lafayette Road, Hampton. Services will follow the visitation starting at 12 noon in the funeral home. Burial will be in Prospect Hill Cemetery, Greenland. In lieu of flowers donations may be made to Rockingham VNA & Hospice c/o Community Relations: Attention Vivian Brown, Exeter Hospital, 5 Alumni Drive, Exeter, NH 03833-9905 http://www.exeterhospital.com/about-exeter/rockingham-vna-hospice/ or to the New Hampshire S.P.C.A., P.O. Box 196, Stratham, NH 03885. http://www.nhspca.org/donate-2/

The family of Ralph D. Blatchford created this Life Tributes page to make it easy to share your memories.

Send flowers to the Blatchford family.