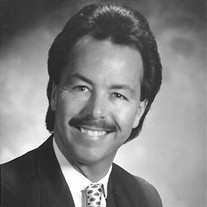 Rye, NH - Richard A. “Dick” Cabral of Rye and Jupiter Florida passed away on Sunday, September 10, 2017. Richard was born December 26, 1944 in Cambridge, MA a son of the late Manuel and Laura (Wiggin) Cabral. Dick moved to Nashua in 1953 and graduated from Nashua High School in 1963, where he played varsity baseball during his sophomore, junior and senior years. Upon graduation, he got married and had his first child by age 19. He was making $56 a week and knew that wasn't enough to support his family, so he looked to real estate as a way to supplement. With $500 he borrowed from a credit union, he purchased a three-family building in Nashua, his goal being to "get ahead." While working, Dick took night classes and graduated from Merrimack College in North Andover, MA with a B.S. in Business Administration in 1971. While attending college he was the Controller-Treasurer of Dewey & Almy Chemical Division, W.R. Grace & Company while simultaneously acquiring over 700 inner city apartments in 58 buildings in Nashua. Over the next fifteen years he increased his apartment inventory to over 2500 units and diversified into land, office and retail development. From 1988 to 2017 Dick continued to grow his real estate empire with investment and development projects that took him beyond New England, first in Hilton Head Island, SC then Arkansas, Florida, and eventually out west to Telluride and Arizona. He was very well known for having an incredible work ethic and strong instinct in his business dealings. He was known for not "sugar coating" anything and many respected him for his direct no nonsense approach. He was a devoted husband, father, and friend. He will be truly missed. Dick is survived by his wife Wendy Cabral from Rye and Jupiter, FL; children, Sally Cabral from Boynton Beach, FL and Rick Cabral from Scottsdale, AZ; brother, Danny Cabral from Londonderry; two sisters, Sandra Cabral Shepard from Milford and Donna Cabral from Nashua; 5 grandchildren and numerous nieces and nephews. Visiting hours will be held from 2-5 PM on Sunday, September 17, 2017 at the Remick & Gendron Funeral Home-Crematory, 811 Lafayette Road, Hampton. A prayer service will immediately follow at 5 PM in the funeral. Relatives and friends are respectfully invited. Burial will be private. In lieu of flowers, donations may be made to the Lewy Body Dementia Association, 912 Killian Hill Road, S.W., Lilburn, GA 30047 or online at http://lbda.org/donate.

The family of Richard A. Cabral created this Life Tributes page to make it easy to share your memories.

Send flowers to the Cabral family.