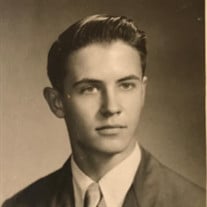 Hampton &#8211; Richard H. Cassin, 83, passed away in Haverhill, Massachusetts on July 3, 2018, after a lengthy battle recuperating from a 2014 motorcycle accident. Richard was born in New Bedford, Massachusetts on November 26, 1934 to Mr.... View Obituary & Service Information

The family of Richard H. Cassin created this Life Tributes page to make it easy to share your memories.

Send flowers to the Cassin family.