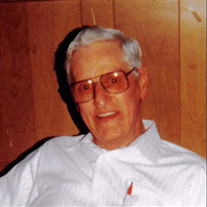 Hampton – Richard S. King, 84, of Hampton, formerly of West Springfield, MA died Wednesday, October 10, 2018 at his home surrounded by his loving family. He was born March 6, 1934 in Springfield, MA, a son of the late Lawrence and Alice (Lagerstrom) King. Richie was a longtime resident of West Springfield. He worked as a truck-driver for over 50 years. He was a co-founder of Public Service Dispatch, and Wilbraham Trucking Corp. He joined the Teamsters in 1953 and was a Member of Local 404-Springfield, MA, Local 251-Providence, RI, and Local 671-Hartford, CT, until he retired in 1996. He worked for companies such as: Zepher Lines, Providence-Springfield Dispatch, Mason-Dixon Lines, Trans-Con, St. Johnsbury Trucking, North Penn, and Red Star Transportation. He spent many years camping at Tidewater Campground in Hampton, before moving to Hampton year round in 1999. He worked part-time for Hampton Area Trolley from 1996 – 2002. He then founded Kingfish Trolley Lines which he operated from 2002 – 2008. In 2008 he founded and operated Richie’s Hot Dogs Cart in Seabrook until 2018. He was a member of St. James Lodge #102 F & AM, Portsmouth B.P.O.E., and the Sons of American Legion Post 70 in Seabrook. He shared 63 years of marriage with his wife Jean (Ungewitter) King. In addition to his wife, family members include 4 children, Deborah J. Ewig of Seabrook, Richard T. King and his wife Terri of Wilbraham, MA, Linda H. King and her partner Joseph Pashko of West Springfield, MA, Wayne R. King of Hampton, 7 Grandchildren, 11 great grandchildren, 2 great great grandchildren, brothers, Alfred of Vero Beach, FL, Arthur and Phillip both of Wilbraham, MA, Allen of Great Barrington, MA, his sister, Sandra Chaffee of Agawam, MA, nieces, and nephews. He was predeceased by his brothers Ralph, Virgil, and Wayne King. Visiting hours will be held from 2-6 P.M. Sunday, October 14, 2018 at the Remick & Gendron Funeral Home-Crematory, 811 Lafayette Road, Hampton, followed by a masonic service at 6 P. M. Services will be held at 10 A.M. Monday, October 15, 2018 in the funeral home. Relatives and friends are respectfully invited. In lieu of flowers, donations may be made to the American Cancer Society, PO Box 22478, Oklahoma City, OK 73123 www.cancer.org.

Hampton &#8211; Richard S. King, 84, of Hampton, formerly of West Springfield, MA died Wednesday, October 10, 2018 at his home surrounded by his loving family. He was born March 6, 1934 in Springfield, MA, a son of the late Lawrence and Alice... View Obituary & Service Information

The family of Richard S. King created this Life Tributes page to make it easy to share your memories.