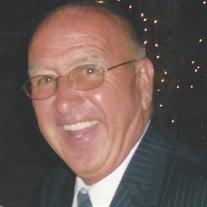 Hampton – Richard H. LaRoche, 68, of Hampton and a former longtime resident of Manchester, died suddenly on Sunday, December 20, 2015 at his winter home in St. Petersburg, FL. Richard was born April 23, 1947 in Manchester, the son of the late Hormidas F. and Ann C. (McGlone) LaRoche. He grew up in Manchester and was a 1965 graduate of Bishop Bradley High School. Dick met his beloved wife, the late Irene (Nolet) LaRoche, at a CYO dance and they married in August of 1967. Dick and Irene raised their family in Manchester. He had worked in sales for Merrimack Tire & Battery of Manchester for many years before being hired by the United Parcel Service. He drove for UPS for over 30 years and retired in 2008. The family loved going to the beach and after his retirement, he and Irene moved to Hampton Beach permanently in 2006. During his most recent stay in Florida, Dick worked part time at a bait shop, selling bait and sunset cruise tickets, a job he thoroughly enjoyed because he could meet and interact with people. Dick had many interests, he enjoyed fishing, participated in Fantasy Football and Hockey Leagues and loved computer shopping for special deals that he couldn’t wait to tell his family about. He was a faithful walker and rarely missed a day of putting in the miles. Dick was an upbeat individual with a friendly and positive attitude and he loved being with his beautiful family more than anything in the world. His eight adoring grandchildren were the loves of his life. He will sadly missed by his beloved family and many friends. He was predeceased by Irene, his dear wife of over 48 years, who died in February of this year. He is survived by his son, Steven LaRoche and his wife Amy of Fairfield, CT; his daughters, Lisa McPhail and her husband Chris of Londonderry, Lesley Dunakin and her husband Ted of Ripton, VT and Amy Cammarota of Merrimack; his grandchildren, Maeve and Kyle McPhail, Emma, Grace and Charlotte LaRoche, Addison and Hayden Dunakin and Erin Cammarota. He also leaves his sister, Carol Boulanger and her husband Norm of Merrimack and his niece and nephew, Jody and John Boulanger. There will be no visitation. A Mass of Christian Burial will be celebrated at 11 am on Tuesday, December 29, 2015 at Our Lady of the Miraculous Medal Church, 289 Lafayette Rd., Hampton. Relatives and friends are respectfully invited. Burial will be private. Arrangements are by the Remick & Gendron Funeral Home – Crematory, Hampton. In lieu of flowers, memorial donations may be made to the American Cancer Society, 2 Commerce Drive, Suite 110, Bedford, NH 03110.

Hampton &#8211; Richard H. LaRoche, 68, of Hampton and a former longtime resident of Manchester, died suddenly on Sunday, December 20, 2015 at his winter home in St. Petersburg, FL. Richard was born April 23, 1947 in Manchester, the son of... View Obituary & Service Information

The family of Richard H. LaRoche created this Life Tributes page to make it easy to share your memories.

Hampton – Richard H. LaRoche, 68, of Hampton and a former longtime...

Send flowers to the LaRoche family.