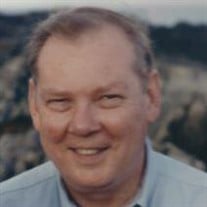 Rye Beach - Richard O. Reed, 80, of Rye Beach, died Monday, June 27, 2016 at the Portsmouth Regional Hospital, surrounded by his family. He was born September 1, 1935, in Shelbyville, Illinois, the son of the late Nancy (Tull) Krick and John O. Reed. Dick graduated from Fordson High School in Dearborn, MI, class of 1953. In 1957, he was commissioned as an Ensign in the U.S. Navy and served as a Naval Aviator until 1968. Upon leaving active duty, he remained in the Naval Reserves and retired as a Commander. Dick went on to fly for Northwest Airlines and retired in 1994 as a 747 Captain. He graduated from the University of Minnesota with a BA in Business during his employment with Northwest Airlines. He resided in Rye Beach and Satellite Beach, FL since 1984 and had previously lived in Bloomington, MN. Dick was a self-made man who continued, throughout his life, to appreciate and marvel at his success. He was a dedicated and loving husband and father who put the needs of his family first. He enjoyed visiting with family and friends, telling stories, studying history, listening to country music and traveling. He is survived by his wife, Sandra (Butterfield) Reed of Rye Beach; his son, Jeffrey Reed and his wife, Michelle of Manhattan Beach, CA; his daughter, Heather Martillo and her husband, John of Westchester, CA; his daughter, Jennifer Reed of Newington, CT; and his grandchildren Alex, Cassie, Adam, Kristin and Justin. Family and friends may visit from 11 am to 12:15 pm on Thursday, June 30, 2016 in the Remick & Gendron Funeral Home – Crematory, 811 Lafayette Rd., Hampton. A time for sharing memories will be begin at 12:15 following the visitation. Interment with Navy Honors will take place at approximately 1 pm in the Central Cemetery, Rye. A reception will be held from 1:45 to 5:30 pm at the Galley Hatch Restaurant, 325 Lafayette Rd., Hampton.

The family of Richard O. Reed created this Life Tributes page to make it easy to share your memories.

Send flowers to the Reed family.