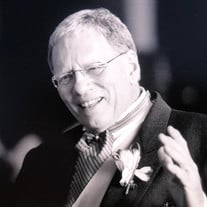 North Hampton - Richard Douglas Schubart, 73, passed away on Tuesday, January 1, 2019 at Portsmouth Regional Hospital, surrounded by his family. Rick was born on May 9th, 1945 in Pittsburgh, Pennsylvania. He attended Gettysburg High School, Kenyon College and the State University of New York at Binghamton where he received both his Masters and PhD in American History. Rick worked as a history professor at Phillips Exeter Academy for nearly 40 years, where he dedicated his life's work to teaching. Rick was a scholar of American History, the American Civil War, the Battle of Gettysburg, and Abraham Lincoln. At Phillips Exeter, he was named Bates-Russell Distinguished Faculty Professor and Honorary Member of the Class of 1950, 1956, 1978, 1979, 1993, 2003, and 2008. Rick also served as Executive Director of The Association of Boarding Schools, Chairman of the Board of the Federation of American and International Schools, Founding Director and Trustee of the IECA Foundation, Advisor to the National Association of Independent Schools, and Advisor to the Global Citizens Initiative. He served as Board Advisor to the Asia University for Women in Bangladesh, and as Trustee of the Bronx Preparatory Charter School in New York, the Durango Institute in Colorado, and the Nasu-Kaijo Academy in Japan. Rick served as Trustee of the Strawbery Bank Museum and American Historical Association, the American Independence Museum, and the Exeter Historical Society. He was a member of the US Supreme Court Society where he received the Madison Fellowship in Constitutional Studies, Founding Trustee of the New Hampshire Supreme Court Society, Trustee of the World Affairs Council of New Hampshire, and was appointed to New Hampshire’s Abraham Lincoln Bicentennial Commission. Rick will be remembered for his outgoing spirit and his acceptance of all people. He had a willingness to help and lend his time to others that few could match. His energy and optimism lifted many and generated countless lifelong friendships. Rick is survived by his beloved wife of 50 years, Caren, his children Darcy, Lindsey, and Nelson, his sisters Karen and Lauren, his grandchildren Alexa, Kylan, Ethan, and Faith, as well as his extended family and friends. Visiting hours will be from 3 to 6 PM on Saturday, January 5, 2019 in the Remick & Gendron Funeral Home – Crematory, 811 Lafayette Rd., Hampton, NH. A memorial service and reception will be held on Sunday, January 6th, beginning at 2pm at Christ Church, 43 Pine St., Exeter, NH. In lieu of flowers, donations may be made to Prep for Prep , c/o Development Office, 328 West 71st Street, New York, NY 10023, to HAVEN , 20 International Drive, Suite 300, Portsmouth, NH 03801 or the Child Advocacy Center of Rockingham County , 100 Campus Drive, Suite 11, Portsmouth, NH 03801.

The family of Richard D. Schubart created this Life Tributes page to make it easy to share your memories.