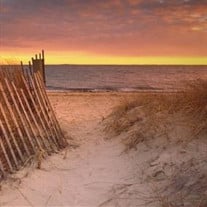 Dunbarton, NH – Richard A. Smith Jr., 60, of Dunbarton, passed away suddenly on Saturday, October 28, 2017. He was born on October 28, 1957 in Morristown, NJ the son of Richard A. and Nancy C. (Cusack) Smith of North Hampton. In addition to his parents, he leaves his wife Susan (Carr) Smith, of Dunbarton and his three children, Kimberly Notaro, her husband Doug and their four children of Houston, TX, Sara Pierce, her husband Derek and their three children also of Houston, TX, Richard A. Smith III, his wife Julie and their son of Derry and Lucas Carter of Shrewsbury, MA; sisters, Linda Brauda and her husband Klaus of Springfield, VT and Marcia Thompson and her husband Ian of Concord, MA and several nieces and nephews. Raised in Madison, NJ, he graduated from Madison High School with the Class of 1976 and later Northeastern University with a Bachelor’s Degree in Economics. Following graduation from Northeastern, Rick first went to work in the securities industry before deciding to become an entrepreneur. His first business was R&D Cleaners, but most recently he owned and operated two franchises of Paul Davis Emergency Service with his wife Susan, daughter Sara and friend Ron Carter for the past 8 years. Rick was an avid skydiver; both competitive and as a videographer, logging over 3,000 jumps. He also enjoyed skiing and hiking, but his greatest joy was spending time with his family and friends, especially his grandchildren. Visiting hours will be held from 10 AM - 12 PM on Saturday, November 4, 2017 at the Remick & Gendron Funeral Home-Crematory, 811 Lafayette Road, Hampton. A celebration of his life will immediately follow at 12 PM in the funeral home. Relatives and friends are respectfully invited. Burial will be private. In lieu of flowers, donations may be made to St. Jude Children's Research Hospital, 501 St Jude Place, Memphis, TN 38105 or online at www.stjude.org.

The family of Richard A. Smith Jr. created this Life Tributes page to make it easy to share your memories.