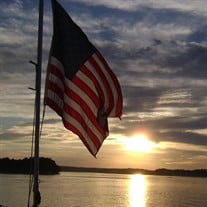 Hampton – Robert Joseph Bellonzi, 80, of Hampton, formerly of Exeter, passed away peacefully on Friday, September 27, 2019 at his home with family by his side. Robert was born in Attleboro, MA on April 10, 1939, a son of the late Joseph and Doris (Audette) Bellonzi. He shared over 38 years of marriage with his wife Maureen (King) Bellonzi who predeceased him in 2004. Robert grew up in Attleboro and was always proud of his time as an Eagle Scout. He played football in high school and for a short time helped his father run a neighborhood store. Bob earned his degree in mechanical engineering from Northeastern University in Boston. He served his country for two years in the United States Army at Fort Bliss and was honorably discharged as a Captain in Combat Engineering. After his service, Robert worked in various capacities in industry, finishing his career at Bath Iron Works in Maine where he retired as Director of the Portland Dry Dock Facility. Robert enjoyed music and musicals and was once a member of a choral group in the US Army. He wasn't shy about singing in public, and he had the vocals for it. He spent many years in Maine and New Hampshire. He really enjoyed boating, which he did for a number of years among the rocky islands of Casco Bay out as far as Eagle Island and Harpswell and most recently enjoyed boating on Lake Winnipesaukee. Robert was always willing to help a neighbor and he was involved in helping those less fortunate than him by sponsoring children and elderly through charity organizations, by helping his community as a past member of The Lions and providing free math tutoring which he excelled at. Robert was truly a man for others. Family members include his sons, Michael Bellonzi and his wife Dawn and Christopher Bellonzi and his wife Beverly, his sister Eileen Levis and his six grandsons. All services will be private.

Hampton &#8211; Robert Joseph Bellonzi, 80, of Hampton, formerly of Exeter, passed away peacefully on Friday, September 27, 2019 at his home with family by his side. Robert was born in Attleboro, MA on April 10, 1939, a son of the late Joseph... View Obituary & Service Information

The family of Robert J. Bellonzi created this Life Tributes page to make it easy to share your memories.

Send flowers to the Bellonzi family.