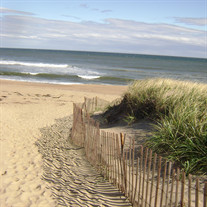 Kingston – Robert L. “Bob” Brindamour, Jr., 68, of Kingston, died Thursday, April 11, 2019 after a long battle with cardiac disease He was born in Newburyport, MA a son of Norma (Sullivan) Brindamour of North Hampton and the late Robert L. Brindamour, Sr. Bob was raised in North Hampton and Hampton and graduated from Winnacunnet High School with the Class of 1968. He was employed as a sales representative for West Marine for many years and also for Driscoll Marine in Seabrook and Hudson Marine in Salisbury, MA. He made his home in Kingston for the past 40 years. Bob was very much involved with Special Olympics, enjoyed bass fishing, hunting, skiing and was an avid New England sports fan. In addition to his mother, he leaves his wife Susan L. (Cole) Brindamour of Kingston, two sons, Brett Brindamour of Kingston, Robert Brindamour, III of Manchester, his brother, William Brindamour and his wife Rosemary of Hampton, several nieces and nephews. The gathering of family and friends will be held at 9 A.M. Wednesday, April 17, 2019 from the Remick & Gendron Funeral Home-Crematory, 811 Lafayette Road, Hampton followed by a Mass of Christian Burial at 10:30 A.M. at St. Theresa Church, 795 Central Road, Rye Beach. Burial will follow in the Hillside Cemetery, Seabrook. Relatives and friends are respectfully invited. In lieu of flowers, donations may be made to Annies Angels on behalf of Robert Brindamour.

The family of Robert L. Brindamour Jr. created this Life Tributes page to make it easy to share your memories.