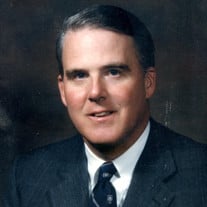 North Hampton - Robert Bunten Field Jr. (“Bob”) died peacefully at the Portsmouth Regional Hospital on Wednesday, December 26, 2018 at the age of 75. Bob was born February 8, 1943 in San Francisco, CA to Robert and Jean Field. Along with his brother, John, and sister, Eugenie, he was raised in Brockton, MA where the family-owned business, Field and Flint Company, was located. Bob graduated from the Berkshire School in 1960, Dartmouth College in 1964, and Boston University Law School in 1970. He was a proud supporter of the U.S. and served his country as a Lt. Jg., U.S. Navy, from 1964 to 1967. Bob began his law career in Nashua, NH with Hamblett, Kerrigan, LaTourette & Lopez. He went on to join Sheehan, Phinney, Bass & Green, where he became Partner. In 1999, he was a founding member of Colliander, Field & Brown, in Portsmouth, NH. Active in many civic and philanthropic causes, Bob served as Trustee, Berkshire School; Chairman of the Town of North Hampton Zoning Board of Adjustment; Chairman of North Hampton Forever; Director, Pease Development Authority; Director, N.E. Trade Adjustment Assistance Corporation; Chairman, The Board of Trustees and President of The RiverWoods Company at Exeter, New Hampshire; and Trustee, Cuttyhunk Historical Society, Inc. While he had a passion for writing, travel, and sports, his first love was his family. He married Elizabeth Coudon Hoopes (“Tibbie”), whom he met in Boston, MA in 1970. He was the proud father of his three children and he will be remembered by them as a loving and supportive father who encouraged them to pursue their goals and instill a sense of pride in their work. For more than 30 years, Bob and his family spent their summers visiting Cuttyhunk Island, Massachusetts. He found solace sailing, reading, and grappling over the newest New York Times crossword puzzle. He became involved in the Cuttyhunk Yacht Club and Cuttyhunk Historical Society where he held leadership positions during his time on island. Bob is survived by his wife, Tibbie; children, Robert Bunten Field III (“Tenny”) of Old Greenwich, CT and his wife Kimberly and their three children; Charles Snowdon Field of Needham, MA and his wife Shannon and their three children; and Victoria Field Eskelsen (“Tory”) of Hamilton, MA and her husband, Richard and their two children; siblings, John Pierce Field of Leland, NC and Eugenie Field Schott of West Yarmouth, MA and their families. Calling hours will be from 4 - 7pm Thursday, January 3, 2019 at the Remick & Gendron Funeral Home-Crematory, 811 Lafayette Rd., Hampton. A memorial service is scheduled for 2pm on Friday, January 4, 2019 at the United Church of Christ in North Hampton, with a reception to follow at the Exeter Inn. Reverend Mike Gelsomini will officiate the ceremony. All are welcome to attend and celebrate Bob's life. In lieu of flowers, please send donations in his name to The Cuttyhunk Conservation Campaign ℅ The Buzzards Bay Coalition (114 Front Street, New Bedford, MA 02740; www.savebuzzardsbay.org) or the Gundalow Company (60 Macy St. Portsmouth, NH 03801; www.gundalow.org).

The family of Robert Bunten Field Jr. created this Life Tributes page to make it easy to share your memories.

Send flowers to the Field family.