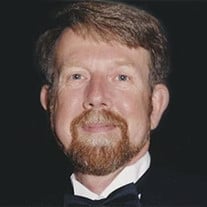 Hampton – Robert J. Hill, 73, of Hampton, former longtime resident of Stratham, died peacefully on Friday, January 1, 2021. He was born in Derby, CT on September 21, 1947 a son of the late Toivo J and Mary (Mawhinney) Hill. He was the 2nd oldest of 3 children. Robert graduated from Mechanic Falls High School in 1965 where he earned varsity letters in basketball and cross country. He received his Bachelor’s degree from Maine Maritime Academy in 1969. Robert graduated 6th in his class at Maine Maritime. After graduation, Robert started his career as a Merchant Marine working for Mobil Oil Company. Then, he transitioned to Energy Transportation Company where he worked until the late 1990’s becoming Chief Engineer on the LNG Leo. After retiring from the shipping industry, Robert worked for General Electric as a Controls Engineer working on large nuclear power plants. Robert was a loving husband, father, grandfather and friend. He brought unconditional love and a calm, centering voice of reason to all he was around. Robert enjoyed using his RV for travel, golfing, photography, and visiting his palm trees in Florida during the winter. In the early 70s, he earned his pilot’s license. He was happy doing anything that had to do with aircraft. Robert loved to putter around in his workshop designing and building things when he had down time. Some of Robert’s favorite projects over the years included custom wooden toy trucks for his grandchildren, a homemade CNC router, high-definition antennas and his own single engine airplane. Surviving family members include his wife of 50 years Linda C. (Longtin) Hill of Hampton, NH; children, Patricia DeStefano and her husband Richard Jr. of Groveland, MA and Craig Hill and his wife Michelle of Auburn, ME; grandchildren, Megan and Richard DeStefano and Carter and Kendall Hill; brother, James Hill of Turner, ME and sister, Mary-Ellen Sheehy of Lewiston, ME. All services will be private and plans for future celebrations of life will be announced at a later date. In lieu of flowers, if you wish, you may donate to the American Brain Tumor Association or to the cancer research fund of your choice.

The family of Robert J. Hill created this Life Tributes page to make it easy to share your memories.