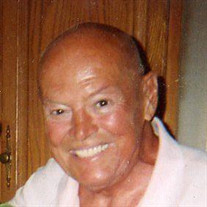 Hampton, NH – Robert J. Kupka, 70, of Hampton, died peacefully Thursday, January 21, 2016 at Exeter Hospital. He was born October 24, 1945 in Springfield, MA the son of the late Joseph and Gertrude (Murphy) Kupka. Raised in Springfield, he graduated in 1963 from Springfield Cathedral High School, where he excelled on the school hockey team and was inducted into the Springfield Cathedral Hall of Fame. Following graduation he went on to play hockey at Boston College and graduated with the Class of 1967. Mr. Kupka was a teacher at West Roxbury High School for 30 years, retiring in 2002. During this time he was the school hockey coach and soccer coach as well as a well-respected and well-known referee for NCAA Division I Hockey, Robert enjoyed reading, walking and spending time at Hampton Beach, where he could always be seen sitting at his favorite bench. His greatest joy was spending time with family, especially his grandchildren. He shared 10 years of marriage with his late wife Joan B. (Allman) Kupka who predeceased him in 2010. Family members include his children, Robert J. Kupka Jr. and his wife Michelle of Hampton, Kimberly Canney and her husband Brian of Billerica, MA and the mother of his children Patricia Kupka of Hampton; sisters, Gail Manley and her husband John of Springfield, MA, Kathy Kupka of Chicopee, MA; grandchildren Alexa, Samantha, Scott, Julia, Lily, Joshua and several nieces and nephews. Visiting hours will be from 5-8 PM Tuesday, January 26, 2016 at the Remick & Gendron Funeral Home-Crematory, 811 Lafayette Road, Hampton. A mass of Christian burial will be celebrated at 11AM Wednesday, January 27, 2016 in Our Lady of the Miraculous Medal Church, 289 Lafayette Road, Hampton. Relatives and friends are respectfully invited. Burial will be private. In lieu, of flowers donations can be made to the American Cancer Society, P.O. Box 22478, Oklahoma City, OK 73123.

The family of Robert J. Kupka created this Life Tributes page to make it easy to share your memories.

Send flowers to the Kupka family.