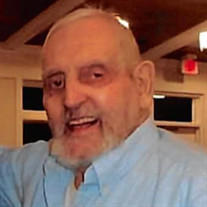 Springvale, ME – Robert D. Maurais, 88, of Springvale, formerly of North Berwick & Shrewsbury, MA, passed away peacefully on Thursday, November 5, 2020. He was born in Worcester, MA on April 25, 1932 a son of the late Joseph A. and Fedora (Nadeau) Maurais. Raised in Worcester, he went on to attended trade school where he received his ASE Mechanic Certification. He owned and operated PM Services in Worcester for many years. Later in life he drove school buses for AA Transportation in Shrewsbury, MA & YCCA in Sanford, ME before retiring in 2007. Surviving family members include his wife of 64 years, Gloria C. (Manganello) Maurais of Sanford; children, Susan Nibi of York, Michael Vigeant and his spouse Debbie of Kittery, Robert J. Maurais and his spouse Randall of York, Marine Mayfield her spouse Kevin of Wells; brother, Alton Maurais and his wife Christa; 7 grandchildren and several great grandchildren. In addition to his parents, he was predeceased by his children, Judy Barsamian, Lawrence Vigeant & Faith St Martin; siblings, Norman, Pauline & Richard all of Worcester MA. All services will be private.

The family of Robert D. Maurais created this Life Tributes page to make it easy to share your memories.

Send flowers to the Maurais family.