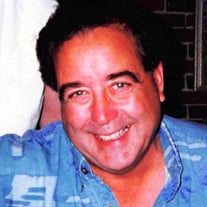 Newmarket – Robert P. McCaffrey, 67, of Newmarket, died suddenly, Wednesday, November 30, 2016 while attending a conference in Pooler, GA. He was born September 1, 1949 in Providence, RI a son of the late Edward J. and Eileen (Geraghty) McCaffrey. Robert received his undergraduate degree from St. Michael’s College in Winooski, VT and his Master’s degree in Psychology from Assumption College in Worcester, Mass. He later pursued his Doctorate degree attending Springfield College, Springfield, Mass., in Guidance and Counseling and received his PHD from Columbia University, New York, NY. He also graduated from The Wharton School of Business for Hospital and Health Care Administration and Marketing at the University of Pennsylvania. Robert spent his career advocating for and with people with chronic healthcare needs and disabilities. His advocacy targeted at developing inclusive opportunities in housing, education, employment, and community. He was passionate about social change where all people have a right to live a non-segregated life. He taught other professionals how to make this change happen. Robert has been an executive director in the states of MA, RI, CT, and NH. His work has been recognized and he has received citations, commendations, and awards from the: Mass legislature, the PA legislature and senate and has been twice recognized by Congress for his work in inclusive educational practices and forensics. He has authored/co-authored over a dozen training manuals and 3 books. He has consulted in 15 States and the District of Columbia. He shared 33 years of marriage with his wife Kimberly Motter-McCaffrey. In addition to his wife, family members include his daughter, Kaitlin McCaffrey of Newmarket, his siblings, Edward McCaffrey of Chicago, IL, Judith Brennan and Mary Beth McCaffrey both of Fitchburg, Mass., nieces and nephews. In addition to his parents he was predeceased by his brother David McCaffrey. Visiting hours will be from 4-7 PM Friday, December 9, 2016 at the Remick & Gendron Funeral Home-Crematory, Hampton. Services will be held at 11 AM Saturday, December 10, 2016 at the funeral home. Relatives and friends are respectfully invited. In lieu of flowers, donations may be made to the McCaffrey Family Trust, c/o TD Bank, 72 Exeter Road, Newmarket, NH 03857.

The family of Robert P. McCaffrey created this Life Tributes page to make it easy to share your memories.