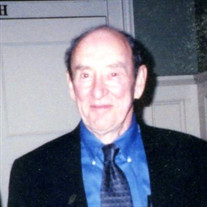 Hampton – Robert E. “Okie” O’Connell, 86, of Hampton, passed away peacefully on Tuesday, September 15, 2020. Robert was born in Northampton, MA on June 15, 1934, a son of the late Francis and Beatrice (Parent) O’Connell. Robert was raised in Northampton, MA and went on earn his Bachelor’s Degree from UMass Amherst. He then earned his Master’s Degree from Westfield State College and taught English in Connecticut before taking a position at Newburyport High School in Newburyport, MA. He taught English at Newburyport High for over 30 years and retired from teaching full-time in 1993. He loved teaching and continued teaching part-time at Hesser College and at the former New Hampshire Community Technical College in Stratham. Perhaps Okie was best known for his refereeing soccer, basketball and lacrosse at all levels throughout the state. He was inducted into the New Hampshire Sports Hall of Fame in 2003 for his many contributions to athletics. He is survived by his sons, James O’Connell of Plaistow, Jon O’Connell of Campton and Joel O’Connell of Plymouth, his daughter, Vera O’Connell of Newtonville, MA and his brother, Richard O’Connell of Mashpee, MA. In addition to his parents, Robert was predeceased by his brothers, Frank, James and John and his sister, Beatrice Bartell. A Memorial Prayer Service will be held at 11 AM on Wednesday, September 23, 2020 in the Remick & Gendron Funeral Home – Crematory, 811 Lafayette Rd., Hampton. Masks are required and social distancing must be maintained. In lieu of flowers, memorial donations may be made to the American Cancer Society P.O. Box 22478, Oklahoma City, OK 73123

The family of Robert E. O'Connell created this Life Tributes page to make it easy to share your memories.

Send flowers to the O'Connell family.