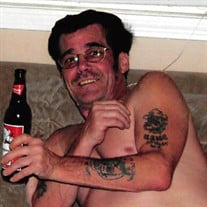 Hampton Falls – Robert A. Ross, 69, of Hampton Falls, passed away peacefully on Thursday, August 12, 2021 with family by his side. He was born in Ogdensburg, NY on September 8, 1951 a son of the late Robert J. and Nancy (Brien) Ross. Raised in Ogdensburg, NY he attended local schools before leaving early to enlist in the United States Marines. He went on to proudly serve from 1969 – 1975 during which he served one tour of combat action in the Vietnam War. Returning home from the service he worked for the Bailey Corporation, KJ Quinn Company and Morton International before retiring in 2000. Robert was a member of the Raymond E. Walton American Legion Post 70 of Seabrook. He enjoyed bowling, pool, horseshoes, dancing and was an avid Budweiser supporter, but his greatest joy was spending time with his family at the “happy house”. Surviving family members include his two children, Nick A. Ross and his wife Vera of Seabrook and Tammy Brown of Rochester; siblings, Danny Ross, Sally Miller, Karen Lipinsky, Robin Smith, Susan Owens, Lisa Bragg and Lauri Episale; grandchildren, Keriann Ross and Nickole Knight, Travis and Angelina Brown and David Labadini Jr.; great grandchildren, Amelia and Paisley Knight, Hazel and Aevah Brown and many nieces and nephews. In addition to his parents, he was predeceased by his granddaughter Felisha Brown and son in law Douglas Brown Jr. Visiting hours will be held from 5 – 7 PM on Wednesday, August 18, 2021 in the Remick & Gendron Funeral Home-Crematory, 811 Lafayette Road, Hampton, NH 03842. Services will be held at 11 AM on Thursday, August 19, 2021 in the funeral home with burial following in the Hillside Cemetery, Seabrook. Relatives and friends are respectfully invited. In lieu of flowers, donations may be made to Disabled American Veterans by clicking here or by mail to P.O. Box 14301, Cincinnati, OH 45250-0301.

The family of Robert A. Ross created this Life Tributes page to make it easy to share your memories.

Send flowers to the Ross family.