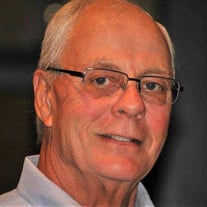 Seabrook - Robie M. Beckman, 74, of Seabrook, died Monday, January 2, 2017. He was born in Newburyport, Mass., November 28, 1942 to the late Robie and Annie Beckman. A 1960 graduate of Winnacunnet High School in Hampton, Robie then enlisted in the United States Navy where he served on the USS Mount McKinley. Returning home, he pursued his life-long passion in law enforcement; joining the Hampton Police Department and later the Seabrook, NH Department. After retiring in 1992 as a Sergeant, Robie worked for the Rockingham County Superior Court in Brentwood, NH as a bailiff until 2012. He is survived by his loving wife Dale, of 38 years and his children; Lisa Coppez of Manchester, Lauri Buchanan and her husband Scott of Hampton, Cheryl Marino and her husband John of Pennsylvania and Morrill Beckman of Arizona. He also leaves behind his grandchildren; Gately, Naethan, Marikate, John, Tyler, Megan and Cory and one great grandchild Zachary. In addition, he leaves behind his siblings; Mary Malcolm of Newburyport, MA., Jean Donahue of Seabrook, Hayden Beckman of Raymond, Harrison Beckman and wife Donna, of Seabrook and Gail Beckman of Boylston, Mass., many nieces, nephews, cousins, friends and his beloved dog Lucy. Visiting hours will be held Saturday, January 7, 2017 from 2-4 pm at Remick & Gendron Funeral Home-Crematory, 811 Lafayette Road, Hampton. Relatives and friends are respectfully invited.

The family of Robie M. Beckman created this Life Tributes page to make it easy to share your memories.

Send flowers to the Beckman family.