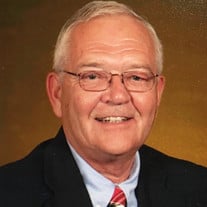 Exeter – Ronald E. Flodman, 78, of Exeter, passed away peacefully at his home on Thursday, January 28, 2016 after an extended illness. His beloved family was at his bedside. He was born in Worcester, MA on May 5, 1937, a son of the late Everett Flodman and Ruth (Greenslit) Brown. Ron was raised and educated in Worcester and graduated from Wachusett Regional High School with the Class of 1955. He went on to earn his Bachelor of Arts Degree in Chemistry from Clark University of Worcester and his Masters of Business Administration Degree from American International College of Springfield. He married the love of his life, Shirley Ann (Johnson) Flodman in 1959 and together they raised their family in a number of locations in Massachusetts and Missouri. Upon retirement in 1999, Ron and Shirley settled in Exeter. He was a member of the St. James Lodge No. 102 F. & A.M. of Hampton and an active parishioner of the Hampton United Methodist Church. Ron is survived by Shirley, his dear wife of over 56 years; his daughters, Karen Dow and her husband Scott of Topsfield, MA and Pamela Flodman and her husband Douglas Skarecky of Irvine, CA; his son, David Flodman and his wife Lori of Rowley, MA; his brothers, Richard Flodman and his wife Priscilla of Marco Island, FL and Robert Brown and his wife Nancy of Wareham, MA and his sisters, Susan Metcalf of New Milford, CT and Ann Moren and her husband, Jan of Rumson, NJ. He also leaves his six grandchildren, Emily Dow, Kiersten, Justin and Alexandra Flodman, and Dale and Dara Skarecky. In addition to his parents, Ron was predeceased by his brother Robert Flodman. There will be no visiting hours. A Celebration of Life will be held at 11 AM on Wednesday, February 3, 2016 at the Hampton United Methodist Church, 525 Lafayette Rd., Hampton. Family and friends are respectfully invited. Burial will be private. Family flowers only please. If desired, donations may be made to United Methodist Church, 525 Lafayette Rd., Hampton, NH 03842 or to Rockingham VNA & Hospice, 137 Epping Rd., Exeter, NH 03833.

Exeter &#8211; Ronald E. Flodman, 78, of Exeter, passed away peacefully at his home on Thursday, January 28, 2016 after an extended illness. His beloved family was at his bedside. He was born in Worcester, MA on May 5, 1937, a son of the late... View Obituary & Service Information

The family of Ronald E. Flodman created this Life Tributes page to make it easy to share your memories.

Send flowers to the Flodman family.