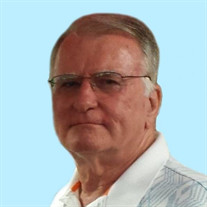 Hampton - Ronald A. Remick, 72, of Hampton and Marco Island, FL, died in the early morning on Friday, September 23, 2016 with his loving wife Marie at his bedside. He was born November 15, 1943 in Portsmouth, the son of the late Norman F. and Ruth A. (Doble) Remick. Mr. Remick was a licensed funeral director and embalmer for over 50 years and proudly owned and operated the Remick & Gendron Funeral Home-Crematory in Hampton, a business he founded in 1971. Ron retired from active funeral service in 1993 due to a cerebrovascular incident. In his retired years, Ron remained involved through continuous facility improvements to his Hampton funeral home in order to better serve the communities he so loved. Ronald was dedicated to providing funeral service with meticulous attention to detail and follow through. Ron attended schools in Kittery, ME, Portsmouth, and Hampton and graduated from Winnacunnet High School with the Class of 1962, having lettered in football and wrestling. He also graduated with honors from the New England Institute of Anatomy and Mortuary Science, Boston, MA. He served 11 months and 19 days in Vietnam as a combat medic with the New Hampshire Army National Guard, 3rd BN 197th Field Artillery and was a recipient of the Bronze Star medal for meritorious service. In his retirement, Ron had been active in construction, building and development, having completed projects in Beach Meadows, Nova Scotia, Canada, New Hampshire and Florida. He was also an active stock and options trader. He was a member of St. James Lodge #102 F&AM of Hampton, Consistory 32nd degree Valley of Portsmouth and Dover, the Bektash Temple Shrine of Concord, a member of the East Gate Club of Seabrook, Rockingham Lodge #22 I.O.O.F. of Hampton having served as lodge trustee, Noble Grand and chaplain for many years, a member of the Hampton’s American Legion Post #35 and a member of the former VFW Post # 5239 succeeded by VFW Post #168 of Portsmouth. Ron was also a member and past president of the Hampton Academy and Winnacunnet High School Alumni Association, a former member of the Hampton Rotary Club and served as a trustee of the Hampton Cemetery Association. He was a member of the Hampton Planning Board and a longtime director of the former Exeter Banking Company. He also served on the NH State Board of Registration of Funeral Directors and Embalmers appointed by Governor John Sununu and was a member of the NH Funeral Directors Association and the National Funeral Directors Association. Ron was a former member of the Abenaqui Country Club, Rye Beach and the Portsmouth Country Club, Greenland and was an avid golfer until the time of his stroke. Family members include his wife Marie (Rychter Markley) Remick; his daughter, Robin A. Remick, her husband, Brian Wille, and his granddaughter, Claire Wille, of Palm Beach and New York; his step-daughters, Laura Markley of Boston, MA and Linda Markley of Syracuse, NY: his two brothers, Norman F. Remick and his wife, Diane, of Birmingham, AL, and Paul K. Remick and his wife, JoAnn, of Hampton; his two sisters, Joanne Wood of Panama City, FL, and Kathleen Barry and her husband, Joseph, of Kittery, ME; and several nieces and nephews. Visiting hours will be from 4 to 7 pm on Tuesday, September 27, 2016 in the Remick & Gendron Funeral Home - Crematory, 811 Lafayette Rd., Hampton. Ron’s service will be held at 11 am on Wednesday in the funeral home. Family, friends and associates are respectfully invited. Burial will be private in the High Street Cemetery, Hampton. In lieu of flowers, memorial donations may be made to a charity of one’s choice.

Hampton - Ronald A. Remick, 72, of Hampton and Marco Island, FL, died in the early morning on Friday, September 23, 2016 with his loving wife Marie at his bedside. He was born November 15, 1943 in Portsmouth, the son of the late Norman F. and... View Obituary & Service Information

The family of Ronald A. Remick created this Life Tributes page to make it easy to share your memories.

Send flowers to the Remick family.