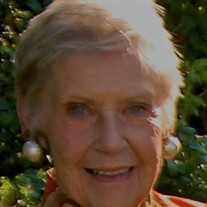 Rye – Rose L. Stokel, 92, of Rye, died Friday, November 18, 2016 at Hyder Family Hospice House in Dover after a brief illness surrounded by her family. She was born May 27, 1924 in Portsmouth one of 12 children to the late Joseph and Stacia (Kozdras) Krook. Rose was raised in Portsmouth attending St. Patrick School and Portsmouth High School. During WWII she helped in the war effort working at the Portsmouth Naval Shipyard. She was a very devoted wife, mother and grandmother, a communicant of St. Theresa Church in Rye Beach and will also be remembered for her pride and joy, 40 cultivated blueberry bushes and the baking of pies and muffins from the bounty of her bushes. She was the wife of the late Joseph P. Stokel who predeceased her in 1994. Upon her husband’s retirement they enjoyed travelling in Europe and throughout the United States. She leaves four children, Joseph P. Stokel, Jr., of Hampton, Donna Ritchie and her husband John of Rye, Deborah Paul of North Hampton, Darlene Tracy and her husband Lee of Hampton, her daughter-in-law Renee Stokel of Hampton Falls, nine grandchildren, Jay (Heather) and Matthew (Jamie) Ritchie, Samantha Dlott (Eric), Michele Ristau (Jon), Michael Paul, Andrew and Taylor Tracy, Griffin and Bryn Stokel, 7 great grandchildren whom she adored, five siblings, Alice Flynn, Sally Wells, Theresa Dowd, George and Peter Krook, many nieces and nephews including Edward and Marie Stokel who were caring neighbors. In addition to her husband and parents she was predeceased by her son-in-law George Paul and siblings John, Walter, Albert, Theodore, Henry and Stephen Krook. Visiting hours will be from 4-6 P.M. Tuesday, November 22, 2016 at the Remick & Gendron Funeral Home-Crematory, 811 Lafayette Road, Hampton. A mass of Christian burial will be celebrated at 10 A.M. Wednesday, November 23, 2016 at St. Theresa Church, Rye Beach. Burial will follow in the Calvary Cemetery, Portsmouth. Relatives and friends are respectfully invited. In lieu of flowers, donations may be made to St. Jude Children’s Research Hospital, 501 St. Jude Place, Memphis, TN 38105, www.Stjude.org.

The family of Rose L. Stokel created this Life Tributes page to make it easy to share your memories.

Send flowers to the Stokel family.