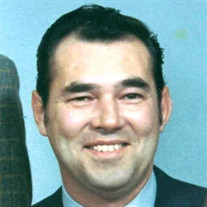 Rye – Roy A. Crosby, Jr, 86, of Rye, died on Tuesday, October 11, 2016 at Sanctuary Care of Rye. He was born April 5, 1930 the son of the late Roy A. and Mabel A. (Ott) Crosby. Roy graduated from Lexington, Mass., High School and was a longtime resident of West Peabody, Mass. He was employed as a sales representative for over 40 years working for Jordan Marsh and Macy’s Department stores in the North Shore Mall in Peabody, Mass. He enjoyed his summers at his Moultonborough home, loved his automobiles and while residing in West Peabody, was a member of the Peabody Congregational Church. He was the husband of the late Barbara A. (Bitzer) Crosby. Family members include his son, Keith Crosby and his wife Jane of Raymond, his daughter, Leslie Collins and her husband Kevin of Brentwood, his son-in-law, Stephen Ingham of Hampton Falls, five grandchildren, Christopher, Amanda, Ashley, Courtney and Rachel and two great grandchildren, Mickey and Lillian. Roy was also predeceased by his daughter, Deborah Ingham in 2015 and his sister, Jean Rowe in 2016. Visitation will be from 3:30 to 5 pm on Thursday, October 13, 2016 in the Remick & Gendron Funeral Home-Crematory, 811 Lafayette Rd., Hampton. Services will be held at 5 pm in the funeral home immediately following the visitation. Relatives and friends are respectfully invited. Private burial will be in Cedar Grove Cemetery, Peabody, Mass. In lieu of flowers, donations may be mailed to the Wounded Warrior Project, PO Box 758516, Topeka, KS 66675 or made online at www.woundedwarriorproject.org/donate.

The family of Roy Alvin Crosby Jr. created this Life Tributes page to make it easy to share your memories.

Send flowers to the Crosby family.