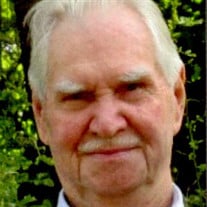 Raymond – Rudolph Allison “Rudy” Pearce, 92, of Raymond, formerly of Hampton, passed away peacefully on Monday, September 18, 2017. Mr. Pearce was born on December 10, 1924 in Lake City, FL, a son of the late Allison L. and Clara M. (Tyre) Pearce. Rudy was raised in Florida and entered the United States Marine Corps at 19 years of age. He saw action in the South Pacific during WWII and was awarded the Purple Heart Medal for injuries he received during the Battle of Iwo Jima. After his honorable service to his country, Rudy returned home and met the love of his life, Lillian (Sanfilippo) Pearce. They were married in 1944 and moved to Kittery, ME where he worked in the construction of the base housing at Pease Air Force Base. The couple moved to Hampton in 1960 where he ran a successful drywall business until he retired. He is survived by his sons, Stephen and wife, Lori of North Hampton, John of Wolfeboro, William of Somersworth and Thomas and wife, Christine of Lake Mary, FL; his daughters, Caroline Bray of Portsmouth, Sandra Hunt of Houston, TX, Sharon Mulligan and husband, Hugh of Riverview, FL and Barbara Duffen and husband, Hal of Exeter. He also leaves his half-brothers, Wayne and Everett Crews and his 12 grandchildren, 12 great grandchildren and many nieces, nephews and close friends. A private graveside service with full military honors will be held in the Center Cemetery, North Hampton. In lieu of flowers, the family suggests donations to Veterans Count, an Easter Seals program supporting our military and their families at http://vetscount.org/nh/.

The family of Rudolph A. "Rudy" Pearce created this Life Tributes page to make it easy to share your memories.

Send flowers to the Pearce family.