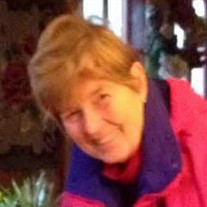 North Hampton – Ruth E. Donais, 80, of North Hampton, died peacefully Tuesday, October 13, 2015 at Wentworth Douglass Hospital, Dover. She was born in Orange, NJ June 16, 1935 a daughter of the late Maurice B. and Ruth (Alpaugh) Smith. Ruth made North Hampton her home since 1984, moving from Wisconsin to build her beautiful self-designed and self-built log home which our family loved and enjoyed for three decades on her family’s land dating back to 1700. Raised in Madison, NJ she graduated from Madison High School with the Class of 1954. Following graduation she went on to attended Orange Memorial School of Nursing and later Lake County Community College where she received her nursing degree. Ruth was an accomplished Registered Nurse, working in the ICU unit at Milwaukee Deacons Hospital, Wentworth Douglass Hospital and most recently the former Seacoast Hospice in Exeter. She was a member of the United Church of Christ in North Hampton and a dedicated volunteer for Interfaith Community Services, a service which helps people in need to stabilize and improve their lives through comprehensive programs. Ruth enjoyed gardening and riding her motorcycle, but most of all she loved helping people in their time of need. Family members include her son Sydney Swan and his wife Diane of Norfolk, VA; daughters, Christina Swan of North Hampton, Kathleen Smith of Monaco, WI, Dianna Klopp and her husband Steven of Fredonia, WI; sister Ann Buys and her husband Robert of Columbia, SC; grandchildren, Jeanna, Meegan, Brooke, Chuck, Sara, Jennifer, Kaylee and Heather; several great grandchildren, nieces and nephews. A celebration of Life will be held at 2 PM on Saturday, October 17, 2015 in the United Church of Christ in North Hampton, 295 Atlantic Avenue, North Hampton. Relatives and friends are respectfully invited. Burial will be private. In lieu of flowers the family suggests donations to Heifer International, 1 World Avenue, Little Rock, AR 72202.

The family of Ruth E Donais created this Life Tributes page to make it easy to share your memories.

Send flowers to the Donais family.