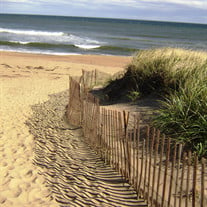 Stratham – Ryan Godfrey, 39, of Stratham, died unexpectedly on Monday, December 4, 2017 He was born on April 17, 1978 in Haverhill, MA, a son of Henry “Skip” and Peggy (Jones) Godfrey of Stratham. Raised in Byfield, MA he graduated from Triton Regional High School, where he played football and wrestled. He later went on to attend Fitchburg State. He first worked for ENPRO in Newburyport, MA before becoming a buyer and IT support technician for Ricks Motor Sports in Hampstead, for the last 5 years. Ryan enjoyed computers and was proud to be self-taught. In addition to his parents, surviving family members include his brother, Jeffrey Godfrey of Rimrock, AZ; Uncles, Michael Godfrey and his wife Pat of Apex, NC, Larry Jones and his wife Judy of Fulton, MO; Aunts, Jackie Gore and her husband Harry of Shelby, AL, Becky Dedeaux and her husband Thomas of Montgomery, AL and many cousins. Visiting hours will be held from 1 - 3 PM on Sunday, December 10, 2017 in the Remick & Gendron Funeral Home-Crematory, 811 Lafayette Road, Hampton. A celebration of his life will immediately follow at 3 PM in the funeral home. Relatives and friends are respectfully invited. Burial will be private. In lieu of flowers, donations may be made the American Heart Association, PO Box 417005, Boston, MA 02241 or the Salvation Army, 180 Lafayette Rd, North Hampton, NH 03862.

The family of Ryan Godfrey created this Life Tributes page to make it easy to share your memories.

Send flowers to the Godfrey family.