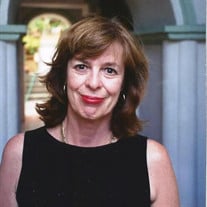 Portsmouth – Sharon (Hemings) Youschak, 77 of Rye, passed away peacefully on Wednesday, May 22, 2019 after a lengthy illness at the Edgewood Centre in Portsmouth. Sharon was born in Syracuse, NY on October 28, 1941, the daughter of Budrick R. and Beatrice (Woodworth) Hemings. She attended Syracuse grade schools and in her early teens, Sharon was crowned "Little Miss Thruway" in a beauty pageant celebrating the historic opening of the New York State Thruway in 1954. Sharon attended Ohio University where she was very involved in sorority life and majored in journalism. Before getting married, she worked as a journalist at a newspaper in Boston and later a weekly paper in Portland, ME. She married her first husband, Willard H. Wires and lived in Massachusetts and NH while raising their three children. She then became a well-respected and successful real estate broker at Norwood Group in Amherst, NH. Sharon moved to Rye after marrying William J. Youschak. She was an avid reader and a strong advocate and volunteer at the Rye Public Library. She also loved to travel and had the opportunity to visit many countries during her life. Sharon was a true animal lover and actively contributed to the ASPCA and to loon preservation. She and her late husband were supportive of conserving the salt marshes and wetlands in the Rye coastal areas. They thought it important to prevent development and donated land area around their home on Locke Road to protect these fragile habitats. Sharon's favorite place was Thompson Lake Maine where she spent every summer with her family and friends. She was extremely well read, loved a good debate but also loved to laugh. Her life was a dedication to love, support, and compassion for her friends and family. She was the wife of William J. Youschak, who predeceased her in 2005. Family members include her three children: Susan W. Wires and her husband Richard Rodriguez of Peapack NJ; Joanna K. Wires and her husband Raudel Ulloa of Los Angeles, CA; Jonathan A. Wires and his wife Jill E. Anderson of Nashville, TN; and three grandchildren: Zoë Wires, Addison Wires Rodriguez, and Cameron H Wires Rodriguez; along with close family friend Robert Wallis of Portsmouth. Services will be held in the Central Cemetery, Rye later this year. In lieu of flowers,donations may be made in her name to either ASPCA, The Friends of The Rye Public Library, the Thompson Lake Environmental Association of Oxford Maine or the Loon Preservation Committee.

Portsmouth &#8211; Sharon (Hemings) Youschak, 77 of Rye, passed away peacefully on Wednesday, May 22, 2019 after a lengthy illness at the Edgewood Centre in Portsmouth. Sharon was born in Syracuse, NY on October 28, 1941, the daughter of Budrick... View Obituary & Service Information

The family of Sharon F. Youschak created this Life Tributes page to make it easy to share your memories.

Send flowers to the Youschak family.