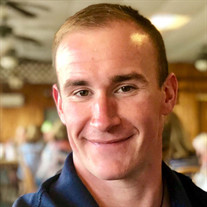 Salem, NH – Shawn M. Goodwin, 33, of Salem, formerly of Hampton, died unexpectedly, Monday, February, 8, 2021. He was born in Portsmouth, October 13, 1987 a son of Cathy A. (Poor) Goodwin of Hampton and the late Richard F. Goodwin. Shawn was raised in Hampton and graduated from Winnacunnet High School where he excelled in all sports especially football, and later attended Hesser College. For the past few years Shawn was the owner and operator of Goody Moving Company and prior to this worked as a warehouse manager and in restaurant hospitality. Most importantly, Shawn loved his family. He also enjoyed all sports, the outdoors and camping. He will be sorely missed. In addition to his mother, he leaves his fiancé Kendra Greelish, his daughter Lyla, two stepchildren Kadence and Brayden Morrison all of Salem, his uncle David Poor of Peabody, MA and his maternal grandfather Henry Poor of Newburyport, MA. In addition to his father Richard, he was predeceased by his brother Nathan Goodwin. Visiting hours will be from 5-7 P.M. Thursday, February 11, 2021 at the Remick & Gendron Funeral Home-Crematory, 811 Lafayette Road, Hampton. Friends are respectfully invited. Services will be private.

The family of Shawn M. Goodwin created this Life Tributes page to make it easy to share your memories.

Send flowers to the Goodwin family.