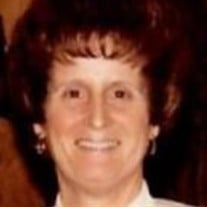 Rye – Shirley Ann Casella, 90, of Rye and formerly of Dover, Portsmouth, and Kittery, ME, passed away peacefully on Wednesday, November 17, 2021, surrounded by her loving family, at Webster at Rye where she had been living due to declining health. Shirley was born in Dover on August 31, 1931, the daughter of the late Edward J. and Ethel (Gault) Renaud. She was predeceased by her beloved husband of over 38 years, Emilio “Tony” Casella who died in 2019. Shirley was raised in Dover, graduated from Dover High with the Class of 1948 and went on to earn her nursing degree from Wentworth Hospital School of Nursing in 1951. She married Robert O’Leary in 1952 and relocated to Portsmouth to raise her family and begin her 40-year career as a maternity nurse with Portsmouth Hospital. Shirley was a fan favorite of many moms in the Seacoast area! Shirley and Tony married in 1980 and moved to Kittery where they would spend their summers and enjoyed their winters in Davenport, FL. In her spare time, Shirley enjoyed reading, knitting, and crocheting, working jigsaw puzzles and playing BINGO. Shirley is survived by her children, Robert O’Leary, Jr. and wife Laura of Rochester, Linda Graves and husband Jay and Patricia Watson and husband Rob all of Greenland, Michael Casella and wife Denise of Watertown, MA and Jill Ferguson and husband John of Gilford. She also leaves her 13 grandchildren, 16 great grandchildren and several nieces and nephews. In addition to her parents and her husbands, Shirley was predeceased by her brother, Edward Renaud and daughter Toni Jean (Casella) Leonard. Shirley’s family would like to sincerely thank the staff at Webster at Rye and Beacon Hospice for their loving and attentive care of her. A private service will be held at the New Hampshire State Veterans Cemetery. In lieu of flowers, the family suggests memorial donations to The Rannie Webster Foundation

Rye &#8211; Shirley Ann Casella, 90, of Rye and formerly of Dover, Portsmouth, and Kittery, ME, passed away peacefully on Wednesday, November 17, 2021, surrounded by her loving family, at Webster at Rye where she had been living due to declining... View Obituary & Service Information

The family of Shirley Ann Casella created this Life Tributes page to make it easy to share your memories.

Send flowers to the Casella family.