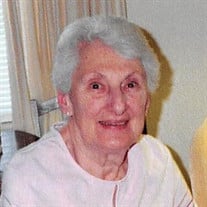 Rye – Shirley A. Pappas, 81, of Rye, passed away peacefully on Monday, June 5, 2017 at Portsmouth Regional Hospital. She was born in Portsmouth on March 27, 1936, a daughter of the late Harold and Minnie (Briggs-Saunders) Clough. Shirley was raised in Rye and graduated from Dover High School. She met her future husband, Arthur H. Pappas in 1957 and they married in 1959. Shirley and Arthur built their home in Rye and have lived in that same home ever since. She loved being a housewife and taking care of her two children but also found time to drive a school bus for the town of Rye. She loved driving the bus, the children loved her and she was well- known for stopping at the Icehouse and getting the last kids on her route ice cream if they had behaved. She had also worked in retail at Fannie Farmer and the Tie Shop in the Newington Mall, as a bookkeeper for the Exeter Gas Company and for the former Badger Farms Dairy. Shirley was an intelligent, generous, caring and hard-working woman. She will be sadly missed by all who knew and loved her. In addition to Arthur, her husband of over 58 years, Shirley is survived by her son, Robert Pappas and his wife Holly of Milford and her daughter, Lisa Pappas of Rye. She also leaves her sisters, Marjorie Brown and her husband James of Eliot, ME and Phyllis Prestidge and her husband Bob of York, ME as well as many nieces and nephews. Graveside services will be held at 12 pm on Sunday, June 11, 2017 in the Central Cemetery on Central Rd. in Rye. Family and friends are respectfully invited. In lieu of flowers, memorial donations may be made to the Breast Cancer Research Foundation 60 East 56th Street, 8th floor, New York, NY 10022.

Rye &#8211; Shirley A. Pappas, 81, of Rye, passed away peacefully on Monday, June 5, 2017 at Portsmouth Regional Hospital. She was born in Portsmouth on March 27, 1936, a daughter of the late Harold and Minnie (Briggs-Saunders) Clough. Shirley... View Obituary & Service Information

The family of Shirley A. Pappas created this Life Tributes page to make it easy to share your memories.

Send flowers to the Pappas family.