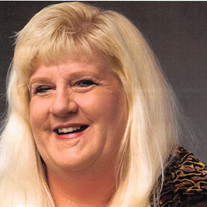 Rye – Stephanie L. Patrick-Chalfant, 63, of Rye, passed away at her home, surrounded by loving family on Tuesday, December 4, 2018. Stephanie was born on August 21, 1955 in Exeter, a daughter of Priscilla (MacCallum) Patrick of Rye and the late John W. Patrick. She was raised in Rye and graduated from Portsmouth High School with the Class of 1973. Stephanie earned her Bachelor of Animal Science Degree from UNH in 1977 and her second Bachelor’s Degree in Theatre from UNH in 1979. Theater was her passion; she worked a number of jobs within the industry over the years as well as holding membership with Actor’s Equity and the Screen Actors Guild. Aside from her many appearances on stage as a talented character actress she worked primarily behind the scenes as one of the seacoast areas foremost costume designers. Among many local playhouses and performance venues Stephanie worked at the Hooker Howe Costume House of Haverhill, MA, the Hampton Playhouse and for the last 15 years as the Costume Shop Supervisor for the University of New Hampshire Theatre Department. She was also an accomplished equestrian and horse woman devoting 50+ years of service to the United States Pony Club as a member, volunteer and most recently District Commissioner of Squamscott Pony Club. In addition to her mother, Stephanie is survived by her daughter, Lilliana Chalfant who resides in Prague, Czech Republic and her sisters, Shelly L. Patrick of Rye and Stacey L. Patrick of Coplin Plantation, ME. She also leaves behind many cousins, her horses and her special Irish Jack Russell, “Charlie.” Family and friends may visit from 11 AM to 1 PM Saturday, December 8, 2018 in the Remick & Gendron Funeral Home – Crematory, 811 Lafayette Rd., Hampton. A Celebration of Life Service will follow the visitation at 1 PM in the funeral home. Burial will be in the Central Cemetery, Rye. In lieu of flowers, donations may be made to the Stephanie Patrick-Chalfant Fund at TD Bank, 46 Lafayette Road, North Hampton, NH 03862 for a scholarship fund in her memory.

Rye &#8211; Stephanie L. Patrick-Chalfant, 63, of Rye, passed away at her home, surrounded by loving family on Tuesday, December 4, 2018. Stephanie was born on August 21, 1955 in Exeter, a daughter of Priscilla (MacCallum) Patrick of Rye and... View Obituary & Service Information

The family of Stephanie L. Patrick-Chalfant created this Life Tributes page to make it easy to share your memories.

Send flowers to the Patrick-Chalfant family.