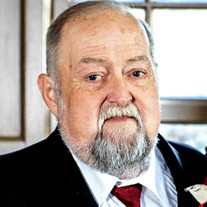 Seabrook – Stephen V. King, 72, a resident of Seabrook since 2004, formerly of Peabody, MA, passed away peacefully on Thursday, January 3, 2019 at Portsmouth Regional Hospital. He was born in Cambridge, MA on January 18, 1946, a son of the late Bert and Mildred (Golden) King. Raised in Essex, MA, he graduated from Gloucester High School with the Class of 1964. Immediately following graduation, he began a lifelong career as a machinist, retiring in 2008. Stephen was a dedicated volunteer at the Live Free and Run Dog Park in Kingston, where he could often be found with his beloved dog, Gypsy. He was also an avid Harley rider, a colorful storyteller, and a jack-of-all-trades who loved tinkering with things around the house - but his greatest joy was spending time with his family and friends. Surviving family members include his wife of 36 years, Christina (Foisy) King of Seabrook; son Stephen V. King II and his wife Tara of Salem, MA; granddaughter Lily King of Salem; sister Sandra MacDonald and her husband Steven of New Brunswick, Canada; brother-in-law Mark Foisy and his wife Kimberly of Peabody, MA; mother-in- law Connie Foisy, also of Peabody; and several nieces and nephews. In addition to his parents, he was predeceased by his brother, Clarence King. Visiting hours will be held from 5 - 8 PM on Tuesday, January 8, 2019 in the Remick & Gendron Funeral Home-Crematory, 811 Lafayette Road, Hampton. Relatives and friends are respectfully invited. In lieu of flowers, donations may be made to the Live Free and Run Dog Park, c/o Virginia Young, Treasurer, at 176 Mast Road, Epping, NH 03042.

The family of Stephen V. King created this Life Tributes page to make it easy to share your memories.