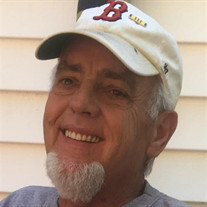 North Hampton – Steven Lawrence Campbell, 68, of North Hampton, and a former longtime resident of Salem, MA, passed away peacefully on Sunday, June 25, 2017 after a brief illness. He was born on December 18, 1948 in Lynn, MA, a son of the late Edward and Laura (May) Campbell. Steven was raised in Lynn and enlisted in the United States Army after high school. He served his country honorably in Vietnam and shortly after returning home he married the love of his life, Diane (Judge) Campbell and settled in Salem to raise their family. Steve worked for General Electric of Lynn as a truck driver for many years and retired in 2009. While living in Salem, Steve was active as a coach, umpire and board member of the Little League and also volunteered his time with the YMCA. He enjoyed working in his yard and was an avid Red Sox and Patriots fan. Steve and Diane moved to North Hampton upon his retirement to be near the ocean and their beloved grandchildren. In addition to Diane, his loving wife of over 44 years, Steve is survived by his sons, Joseph and his wife Shannon of Groveland, MA, Richard and his companion Denise Rosario of Salem, MA and Matthew and his companion, Rebecca Wilcox of Seabrook and his grandchildren, Owen, Colin and Mason Campbell. He also leaves his sisters, Lollie Czarnecki and her husband, Charlie and Susan Czarnecki and her husband Donald, all of Beverly, MA and his brother, Joseph Halliday of Lynn, as well as many nieces, nephews and dear friends. He was predeceased by his brothers, Edward Campbell, George Campbell and Daniel Campbell. Family and friends may visit from 4 to 6 pm on Thursday, June 29, 2017 in the Remick & Gendron Funeral Home – Crematory, 811 Lafayette Rd., Hampton. Services with military honors will be held in the funeral home at 6 pm immediately following the visitation. Burial will be private. In lieu of flowers, memorial donations may be made to Salem Little League, PO Box 623, Salem, MA 01970.

North Hampton &#8211; Steven Lawrence Campbell, 68, of North Hampton, and a former longtime resident of Salem, MA, passed away peacefully on Sunday, June 25, 2017 after a brief illness. He was born on December 18, 1948 in Lynn, MA, a son of... View Obituary & Service Information

The family of Steven L. Campbell created this Life Tributes page to make it easy to share your memories.

Send flowers to the Campbell family.