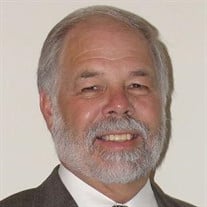 Rye – Steven R. Westcott, 71, of Rye, died peacefully on Thursday, January 2, 2020. He was born in Providence, RI on September 15, 1948, a son of the late Harry S. and Jane (Reynolds) Westcott. Raised in South Kingston, RI, he went on to have a successful career as an IT analyst and consultant for several fortune 500 companies. After retiring in 2018 he worked for Phillips Exeter Academy as the Boat House Manager. Steve called this his “dream job”. Steve was an active member of First United Methodist Church of Portsmouth and Appalachian Mountain Club. In 2012 he earned his pilot’s license and became a member of the Aircraft Owners and Pilots Association (AOPA). He also enjoyed hiking, skiing, sailing and wood working. Surviving family members include his wife of 52 years, Jeanne (Dugan) Westcott of Rye; daughters, Colleen Westcott of Hampton and Heather Westcott of Danvers, MA; siblings, Judi Westcott, David Westcott and Lee Iverson and grandchildren, Jonathan Carrigan and Alyssa and Brayden Tucker. A memorial service will be held at 11:00 AM on February 15th, 2020 in the First United Methodist Church, 129 Miller Avenue, Portsmouth, NH 03801. Relatives and friends are respectfully invited. In lieu of flowers, donations may be made to New Hampshire Fish and Game Department , ATTN: Business Division, 11 Hazen Drive, Concord, NH 03301.

The family of Steven R. Westcott created this Life Tributes page to make it easy to share your memories.

Send flowers to the Westcott family.