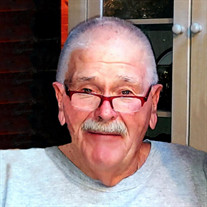 Hampton - Edward R. “Ted” Davis, 77, of Hampton, died Sunday, December 27, 2020 at Portsmouth Regional Hospital. He was born in Haverhill, MA April 23, 1943, a son of the late Emery E. and Grace E. (Dusseault) Davis. Ted was a graduate of Winnacunnet High School with the class of 1961, Bates College in 1965, and received his master’s degree from Middlebury College in 1967. Ted taught environmental studies and biology and also coached three sports at the Hotchkiss School, a private boarding school in Lakeville, CT, for 31 years. In addition, he was a board member, instructor and active EMT with Salisbury Ambulance Service in CT for 26 years. After retiring and returning home to Hampton in 1998, again he began coaching football, wrestling, track, and lifeguard training on a part time basis at Phillips Exeter. Ted was a communicant at Our Lady of the Miraculous Medal Church and was a very active member of the Hampton Area Lions Club, receiving the clubs highest national award, the Melvin Jones Fellow award. He also served as the first chairman of the board for the WHS Alumni Association. Ted shared 39 years of marriage with his wife Betsey A. (Squire) Davis. In addition to his wife, family members include four children Katharine A Gates (Shad) of Wilmington, NC, Aimee D. Davis of Lakeville, CT, Christopher Lamie (Jen) of Hampton, Sue Lamie (Steve Demske) of St. Albans, VT, his brother Robert F. Davis (Nancy) of Seabrook, 6 grandchildren and 2 great grandchildren. Visiting hours will be from 5-7 P.M. Friday, April 23, 2021 at the Remick & Gendron Funeral Home-Crematory, 811 Lafayette Road, Hampton. A mass of Christian burial will be celebrated at 10 A.M. Saturday, April 24, 2021 at Our Lady of the Miraculous Medal Church, 289 Lafayette Road, Hampton. Relatives and friends are respectfully invited and may live stream at https://olmmparish.org/. In lieu of traditional remembrances, donations may be made to the Salisbury Ambulance Service, P.O Box 582, Salisbury, CT 06068, or the Hampton Area Lions Club, P.O Box 1088, Hampton, NH, 03842.

The family of Ted Davis created this Life Tributes page to make it easy to share your memories.

Send flowers to the Davis family.