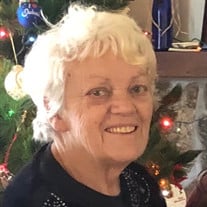 Hampton – Teresa “Terry” Ann Pauline Smith, 76, of Hampton, died on Wednesday, September 15, 2021 at Cornerstone at Hampton with her devoted niece at her side. She was born in Brooklyn, NY on March 21, 1945, a daughter of the late James and Winifred (Harrison) Smith. Terry was raised in Brooklyn and attended Fontbonne Hall Academy. She graduated from Kings County School of Nursing in New York as a registered nurse and completed her Bachelor’s Degree at John Jay College. She was proudly employed as a registered nurse at both Coney Island Hospital and the Visiting Nurse Services of Brooklyn for many years. She later worked as an RN at Anna Jacques Hospital in Newburyport, Mass. She summered in Hampton Beach at the Blue Haven Motel for most of her life and made her home there permanently in the 1980’s. A devout Catholic, she was a member of St. Patrick’s Church. Terry enjoyed making beaded jewelry, traveling, dancing and listening to Irish music and “Old Time Rock and Roll”. She volunteered frequently at the Seacoast Science Center, often working at Odiorne Point State Park. Her interests in ocean life and ecology grew through her participation in the Marine Docents Organization since 2006 (fondly referred to as “the Mermaids”). Terry’s civic participation included significant time spent at the Blue Ocean Discovery Center, planting flowers with the Hampton Beach Beautification Committee and distributing costumes for the annual Hampton Beach children’s parade. Terry was lovingly cared for by her niece, Patricia Casey Loughran (husband Sean) and great nieces Megan and Colleen Loughran. She was predeceased by her parents James and Winifred, her beloved sister Pauline Casey, and her brothers Thomas and Shawn Smith. Survivors include her brother James Smith (wife Sandy) of Topanga, California and her sister in law, Dorothy Smith of Hampton. Terry had four nephews (Shawn Casey and Thomas, Brian and Corey Smith) and two nieces (Gillian Pet and Lauren Smith) in addition to seven additional great nieces/nephews and many dear friends. A gathering will be held from 9:30 to 10:30 A.M. on Wednesday, September 22, 2021 at the Remick & Gendron Funeral Home-Crematory, 811 Lafayette Road, Hampton. A Mass of Christian Burial is planned at 11 A.M. at Our Lady of the Miraculous Medal Church, 289 Lafayette Road, Hampton. Burial will follow in the Calvary Cemetery in Concord. Relatives and friends are respectfully invited to all the services and to a luncheon subsequently at The Red Blazer Restaurant. In lieu of flowers or traditional remembrances, donations in Terry’s memory may be made to the Seacoast Science Center at 570 Ocean Blvd. in Rye, NH. The family would like to thank all the wonderful aides and nurses at Cornerstone at Hampton for the excellent care and compassion they provided during Terry’s illness. To watch the funeral mass Click here to Live Stream

The family of Teresa A. "Terry" Smith created this Life Tributes page to make it easy to share your memories.