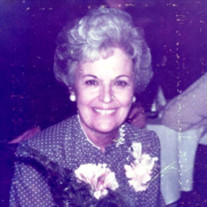 A beautiful soul left the earth when Theresa A. McGrath, 94, passed away on September 28, 2021, in the home of her daughter, Noel, surrounded by family, love, and prayer. Theresa was born on August 22, 1927 in Lawrence, Massachusetts to Albert and Philomene (Plourde) Desjardins. Theresa grew up in Lawrence, Massachusetts. She was one of eleven children. She was a graduate of Sacred Heart High School, Class of 1945, where she was Captain of the Drill Team and President of the French Club. After graduation she worked at the State House in Boston, Massachusetts until she met and married Joseph Theberge. They were married for 32 years until the death of Joseph on December 21, 1977. Together they raised their five children: Noel Luzi, Carol Ronci, husband, Samuel, Dennis Theberge, wife, Linda, Joseph Theberge, wife, Terry, and Roseanne Lago, husband, Steve. The family resided in Andover, Massachusetts for many years before moving briefly to Lachine, Quebec. They later moved to Wilbraham, Massachusetts and then Greenland, New Hampshire. There were six grandchildren from her marriage to Joseph: Christine Luzi, Eric and Ryan Ronci, Christian Theberge and Steven and Brett Lago. Several years after the death of her first husband, Joseph, she met the second love of her life, William McGrath, who she married in 1982 adding five additional stepchildren to her family: Linda Papas, husband, Spiros, Walter, Debbie and Vincent McGrath, wife, Delia, Greg McGrath and several grandchildren and great grandchildren. They were married for thirty years until William's death on September 28, 2012. Faith and family were most important in Theresa's life. She had a deep faith in God and a great devotion to His Blessed Mother. She led a prayer Cenacle in her home for many years. She supported more than thirty religious organizations, with a particular fondness for the Maryknoll Missions and Marian Movement of Priests. She participated in several pilgrimages including visits to Canadian shrines and Fatima, Portugal. She was a Eucharistic minister and together with Charley Griffin, distributed Holy Communion at the Portsmouth Hospital for many years. She loved sharing her faith and taught CCD for many years. In addition to her children and stepchildren, grandchildren and great grandchildren, she is survived by her sisters: Rita Cunningham, Louise Pelletier, Margaret (Peggy) Laplume, Claire McGuire, Marie Rose Miller and several nieces and nephews. Her sister, Lorraine Lemay and brothers, Robert, Roland, Norman, and Albert Desjardins predeceased her. A mass of Christian burial will be celebrated at 11 A.M. Thursday, October 7, 2021 at Our Lady of the Miraculous Medal Church, 289 Lafayette Road, Hampton. In lieu of flowers, donations may be sent to: Beacon Hospice Care, Suite 272, 25 New Hampshire Ave. Portsmouth, NH 03801

A beautiful soul left the earth when Theresa A. McGrath, 94, passed away on September 28, 2021, in the home of her daughter, Noel, surrounded by family, love, and prayer. Theresa was born on August 22, 1927 in Lawrence, Massachusetts to Albert... View Obituary & Service Information

The family of Theresa A. McGrath created this Life Tributes page to make it easy to share your memories.

A beautiful soul left the earth when Theresa A. McGrath, 94,...