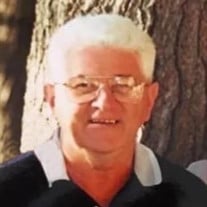 Exeter – Thomas William Krisko, 82, of Exeter, formerly of Hampton and Peabody, MA died, Sunday, August 9, 2020 at Massachusetts General Hospital in Boston after a period of failing health. He was born in Peabody, MA on November 24, 1937. Tom graduated from Peabody High School with the Class of 1955 where he excelled in football as a quarterback. He was also a graduate of the former Bentley College of Accounting. Tom spent most of his adult life working in the leather industry. He worked for Pearse Leather for 27 years. When Pearse relocated to Hampton in 1965, Tom became the general manager, a post he held until 1981. He then worked at various leather plants in Manchester, NH; Saxton, PA; Omaha, NE; and finally, Suncook Leathers Inc. from which he retired in 2004. His next career was as a Professional Driver for 8 years. Tom was proud of his expertise in leather and he enjoyed all of the relationships he formed while working in the industry. As a driver, he enjoyed meeting new people and also getting to drive all over the USA. An avid golfer, Tom was a former member of Abenaqui Country Club in Rye where he served as vice president in the 1970’s. He enjoyed watching all types of sports. Most of all, he was a very social person and loved spending time with his family, friends and his beloved wife, Lorraine R. (FitzGerald) Krisko of Exeter, with whom he shared 60 years of marriage. In addition to his wife he leaves five children, Cheryl Robison and her husband Jim of Austin,TX; Diane Kamieneski and husband Gary of Hampton; Barbara Gagne and husband Michael of Hampton; Thomas Krisko of Nebraska City, NE; Linda Aurandt and husband Michael of Jacksonville, FL; eight grandchildren, Sarah Gagne, James Robison, Patrick Kamieneski, Thomas Robison, Brian Gagne, Kathryn Robison, Logan Aurandt and Thomas Krisko; three great-grandchildren, Henley, James and Peyton Robison, his two brothers, Peter and Henry Krisko, and many nieces and nephews. He was predeceased by his mother, Rosalie Dorozynska and his siblings, Joseph Kryskow, John, Robert and Stephen Krisko, Mary Ripley, Vicky Szczuka and Helen Muese. Private services will be held at the convenience of the family. In lieu of traditional remembrances donations may be made to AstraZeneca Hope Lodge Boston, 125 Huntington Avenue, Jamaica Plain, MA 02130. Arrangements are by the Remick & Gendron Funeral Home-Crematory, Hampton.

Exeter &#8211; Thomas William Krisko, 82, of Exeter, formerly of Hampton and Peabody, MA died, Sunday, August 9, 2020 at Massachusetts General Hospital in Boston after a period of failing health. He was born in Peabody, MA on November 24, 1937.... View Obituary & Service Information

The family of Thomas W. Krisko created this Life Tributes page to make it easy to share your memories.