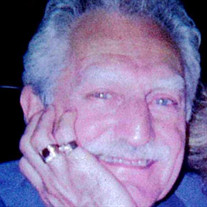 Hampton – Thomas J. “Chic” Mirabito, 85, of Hampton, formerly of Windham, passed away peacefully Sunday, October 11, 2020 at his home with family by his side. He was born in Biddeford, ME July 9, 1935 the son of the late Thomas and Elsie (Ricci) Mirabito. Chic was raised in in Everett, MA and was a longtime resident of Windham. He was the founder, owner and operator of Alpha Aluminum a window manufacturing company that he operated for many years. He later spent several years working in the window and glass industry. He was known around Hampton as Handyman as he could fix anything and enjoyed woodworking and home projects. He also enjoyed being a member of the Pals Club Association that included a great network of friends that enjoyed doing all kinds of things together. Family members include his wife Christine (Larkham) Mirabito of Hampton, four daughters, Joyce Van Dam and her husband Richard of Lighthouse Point, FL Janice Babikian and her husband William of Cumberland, RI, Joanne Mirabito and her partner Sonia Lugo, Jessica Petrone and her husband Ernesto all of Myrtle Beach, SC, three grandchildren and two great grandchildren. Visiting hours will be from 3-5 P.M. Sunday, October 18, 2020 at the Remick & Gendron Funeral Home-Crematory, 811 Lafayette Road, Hampton. Services will be at 11 A.M. Monday, October 19, 2020 in the funeral home. Relatives and friends are respectfully invited. In lieu of traditional remembrances, donations may be made to Homes for Our Troops

The family of Thomas "Chic" Mirabito created this Life Tributes page to make it easy to share your memories.

Send flowers to the Mirabito family.